See what I did?

KNUCKLES said:
No.. what did you do?
Click to expand...

Hope you are right Knuckles between Sulli and Sirronen would be quite a bit of coin even signing Bullimore. Trust in the Sea Eagles we are building a nice squad but would like to see someone have a break out season at centre.
S

40 nil said:
Except for Foran (several games) and Walker (one game), none of these players have had NRL experience in the no. 7 role (afaik). Schuster would be the NRL's biggest ever no. 7
Click to expand...

Schuster is a better 7 than 6 if you watch him passing the ball left handed and his kicking game will excel on the right side of the field .We should be picking players on what they can do on the field ,not how big or small they are .All the doubts can be answered if a player is tried and tested during the season .We have some good youngsters coming up soon and same thing with them .( tried and tested )

Released by the Sea Eagles to take up the overseas opportunity, Cust has managed 27 first-grade games in his three-year stint with the Sea Eagles since debuting in the top grade in 2019.

A one-time representative of the Indigenous All Stars, Cust, who was born in Scone, has been part of the Manly junior system since he played SG Ball as an under-16 player for the club.

While he fell behind Lachlan Croker when it came to getting a spot in the starting 17 over the past two seasons, Cust has filled in admirably when called upon at the Sea Eagles, and in an interview with the club website, revealed he has a clause in his contract which means Manly will have first shot at signing him should he return to Australia in the future.


That won't happen before the end of 2023, owing to the deal he signed with Super League powerhouse Wigan. 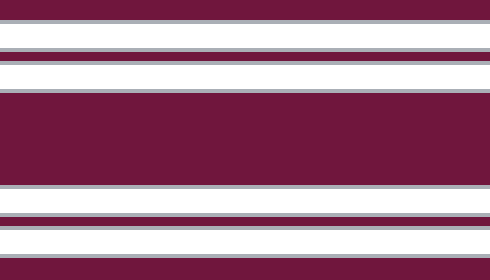 "There is a two-year deal with Wigan, and a third year as a club option. If I am to return back to the NRL, Manly have the first opportunity to negotiate a deal," Cust said.
ADVERTISEMENT

"I love Manly. That's where I have grown up and if I do come back to the NRL, that's an opportunity that we can sort out in the future."
His move to Wigan will see the 23-year-old join fellow Australians Bevan French, Jai Field, Thomas Leiluai, Kaide Ellise and Patrick Mago, with Cust likely to fight Field for a spot in the halves alongside Harry Smith.
"It's an opportunity that I'm really excited for. It all happened quite quickly. They reached out and the way they want me to play, to play in the halves and have my running game is something that I think is good for my footy career," Cust said.
"I think I'll develop not only as a footy player, but as a person as well."
Cust added that he was grateful for his time at the Sea Eagles.
"I'm very grateful. I remember as a 16-year-old, I had my mum, dad and pop drive me back and forth from Scone two days a week," Cust said.
"I'm very grateful I had a chance to play for the club."

Tipping Comp 2021
Good luck to Cade. Whilst you may get older but you don't get better sitting on the bench.
J

Really good move by Cade and the club... Cade gets to play regular footy and develop as a player and person, i have no doubt he will kill it in the Super League and his confidence will go to another level, not to mention his team game management which is what he will benefit from most... DCE retires in 3 years, Manly and Cade at 26 ( in his prime) will have first option on a ready replacement if we have no others step up... and if it's not with Manly then Cade will still have a career in the NRL with someone else due to that experience..win win for all.
Im pretty sure teams like Newcastle, Tigers and the Dolphins were already circling Cade and i wouldn't be suprise if the club reached out to the UK clubs to get him a permanent run rather than loose him completely... don't be suprise if we see a couple of our younger stars doing similar things in the future... could be a masterstroke by the club and a way of holding onto juniors that the club has developed over time and are just not ready due to having other star players holding that position.
Basically Cade is still linked to the Sea Eagles but not on our cuurent salary cap. Very much like the "loan" system employed by many football teams playing in the Premier League, Don't be suprise if other NRL clubs follow suit with their juniors rather than loose them to the opposition clubs.
Manly magic and the mad scientist at it again...
Last edited: Nov 24, 2021
Show hidden low quality content
You must log in or register to reply here.
Share:
Facebook Twitter Reddit Pinterest Tumblr WhatsApp Email Share Link