This thread started with people wanting to sign him LMAOOOOOOOO My God.

Meanwhile re: Miss Cleary, I note that another child from the Cleary/Stuart union has not fallen far from the tree on the anterior mandible front.

Tipping Comp 2021
Wouldn't want my daughters anywhere near that grub. 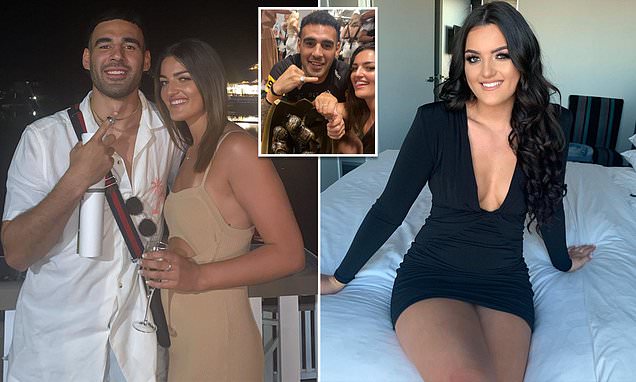 The rumour mill went into overdrive after the NRL bad boy re-posted an Instagram photo posing with Indi Cleary, the daughter of Penrith coach Ivan and youngster sister of teammate Nathan.

He really wants to sleep with Nathan, she is Nathan with longer hair.
G

ManEagle said:
He really wants to sleep with Nathan, she is Nathan with longer hair.
Click to expand...

ManEagle said:
He really wants to sleep with Nathan, she is Nathan with longer hair.
Click to expand...

Can we get a puke emoji please Dan.

In fact, I hear experts are tipping Nathan to be of the great players of the future, to the point he is tipped to be that good in the future that he has been given the approval to have have his fine chiseled head carved in the rock at Mount Rushmore next the other famous icons...

sorry guys and girls,its early and I just cant help myself lol

40 years an eagle said:
Can we get a puke emoji please Dan.
Click to expand...

Why are we even talking about this fringe squad player at best after that cold dropped ball. Next ....

Now being interviewed by the NRL Integrity Unit over the 3 muppets from NSW who got into QLD for the GF and we’re caught by the cops. 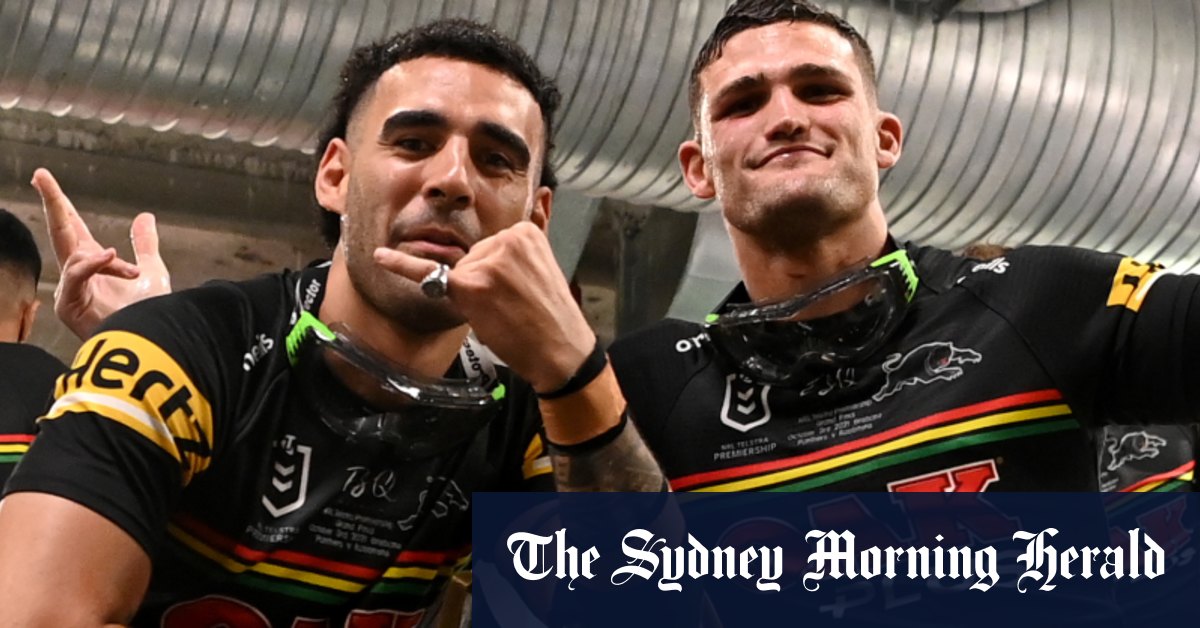 The integrity unit will interview Nathan Cleary and Tyrone May about their knowledge of three men being seated with friends and family on grand final night.

Nathan Cleary and Tyrone May will be interviewed by the NRL Integrity unit on Tuesday about the three men who crossed the Queensland border with wrongful work permits and later gained access to an area in close proximity to family and friends of the Panthers on grand final night at Suncorp Stadium.

The housemates will be probed after Penrith legend Greg Alexander told a couple of the players to “pull their heads in” for a few social media posts during the week-long premiership celebrations.

While he never named names during the interview on SEN Radio, Alexander was understood to be mainly referring to May who posted lyrics from Canadian rapper Drake under a photo of himself leaving court last year, painting himself as the victim from the sex-tape scandal that rocked the game and his club in 2019.

May pleaded guilty to four counts of intentionally recording an intimate image without consent with the magistrate telling him during sentencingthat he was lucky to not go to jail.

“There have been a couple of social media things that haven’t impressed me,” Alexander said.

“I think a couple of our players need to pull their heads in after what they’ve posted on social media. It gets a bit out of control. I don’t follow social media.

“I’ve had people tell me about what’s been posted, and some of it shouldn’t have been. It was a bit out of line.”

When later contacted by the Herald, Alexander said he had no issues with Viliame Kikau, who mocked Penrith’s grand final rivals with a “glory glory to South Sydney” post, nor was he upset by the players “accidentally” damaging the Provan Summons trophy.

“They were having fun and it was an accident – I still remember ‘Loz’ [Laurie Daley] dropping the trophy off the back of a ute 31 years ago,” Alexander said.

The integrity unit want to know how the three men, who were fined $4135 by Queensland Police for their border breach, had gained access to an area at Suncorp Stadium so close to the players’ friends and families.

There is no suggestion Cleary or May knew the men had breached public health orders by entering Queensland, or that they would be at the grand final.

The Panthers have remained in the headlines for several reasons since their breakthrough premiership, and co-captain Isaah Yeo defended the huge amount of online celebratory content when he told the Herald on the weekend: “I wouldn’t spray another team for doing the same thing. Had we not won, the same people would be spraying us over social media saying we can’t win the big games.”

Tipping Comp 2021
Now that is taking ownership of your own behavior. Not! Immature fool instead of letting it fade into the past he puts it out there again.

Nobody is perfect but yeah, it was silly of him to post that as if he was hard done by with his conviction.

Unfortunately in this day & age, the instant nature of social media means better decision making is required before posting something that will inevitably come back to bite you.

Young blokes in high spirits after winning their ultimate prize combined no doubt with alcohol (& probably other stimulants) are prone to making bad decisions.

Tipping Comp 2021
It's just great to see Penriff and The drizzle in the headlines for all the wrong reasons. Let's hope that it continues throughout the summer for them while we have no pizza shop or playstation incidents. Plus can they possibly get the courts into action and get this Fainu issue resolved. How hard is it to get a matter heard. Couldn't they do this by zoom over lockdown.

mickqld said:
It's just great to see Penriff and The drizzle in the headlines for all the wrong reasons. Let's hope that it continues throughout the summer for them while we have no pizza shop or playstation incidents. Plus can they possibly get the courts into action and get this Fainu issue resolved. How hard is it to get a matter heard. Couldn't they do this by zoom over lockdown.
Click to expand...

Hoping for a summer of Penrith running amock, a debauched season launch, multiple suspensions and a written off season.

Shoe1 said:
Hoping for a summer of Penrith running amock, a debauched season launch, multiple suspensions and a written off season.
Click to expand...

Tipping Comp 2021
Hoping we have an uneventful off season!

Staff member
Premium Member
Tipping Comp 2021
Explosive interview with Phoebe Burgess in the Australian. Goes into the culture of infidelity and misogyny in the game, and the active cover-ups that clubs routinely engage in. But is there a single NRL fan surprised by any of this?

Over the years The Australian has spoken to dozens of women who have been silenced after a rugby league scandal: club employees pressured into sex with footballers and then laughed off or mocked by executives; women who’ve had troubling sexual encounters where consent was unclear; wives and girlfriends who have tried and failed to get clubs to help force a player into counselling for gambling or substance problems. These women claim the clubs simply don’t want to know. They did, however, know how to silence a complainant, either with a small payout and an intimidating legal letter, or an active smear campaign, or both.