True , Money does not buy happiness . Happiness is only acquired from with in .

What you say is true, but if you're going to be unhappy, it would be better to be unhappy in a Ferrari than a Hyundai

Apparently the Broncos didn't see him as being their first grade coach, simple as that, I tend to agree with them.
One thing for certain though, is that he doesn't need his wife to come out and fight his battles for him, not a good look.

Wouldn't it be nice to be able to buy an NRL club on one year's salary?

Money might not buy happiness but it can sure rent a lot of it.

Peter C said:
Apparently the Broncos didn't see him as being their first grade coach, simple as that, I tend to agree with them.
One thing for certain though, is that he doesn't need his wife to come out and fight his battles for him, not a good look.
Click to expand...

I wouldn’t see Foz as a first grade choice either, and surprised Kevvie’s wife is arcing up for him.

Their is no disputing the effort that Foran put in during his career till mid 2014 when he was corrupted by Whatmough and bewitched by the Dalai and a huge bundle of money to move to the whinging worms.

I think he peaked in 2014, watching him play for Manly in 2015 was agonising for everyone as it was clear he did not want to be at the club. That season was a wretched one for many reasons.

I do hope that he finds peace when his career ends and in time we will remember him as a Manly premiership player with dignity, his departure and the circumstances of it left many people like me totally dismayed. I can now forgive that because we all make choices and live and die by them, however I wont forget what he did to our club in 2015 and for that reason I will be happy when he finally retires.

The Who said:
Wouldn't it be nice to be able to buy an NRL club on one year's salary?
Click to expand...

Would be even better to NOT buy the NRL club and just have the moolah available.
Owning an NRL club is akin to pi$$ing money up against the wall

Boozo said:
Money might not buy happiness but it can sure rent a lot of it.
Click to expand...

47MVEagle said:
I know what you mean & tend to agree but often mental health issues can arise from having too much.

They reckon people in poorer countries, with simpler lives, are less prone to mental health issues.

Look at what we've created for ourselves with today's society - anxiety, stress, deadlines, pressure, sleepless nights etc. & most ridiculous of all IMO, because of being so time-poor, many people actually pay money to go to gyms to exercise when, all those years ago when we were hunter/gatherers, spending our days hunting for food for our families not only provided what was needed to survive but also exercised us enough to be able to sleep well at night.
Click to expand...

Boozo said:
Money might not buy happiness but it can sure rent a lot of it.
Click to expand... 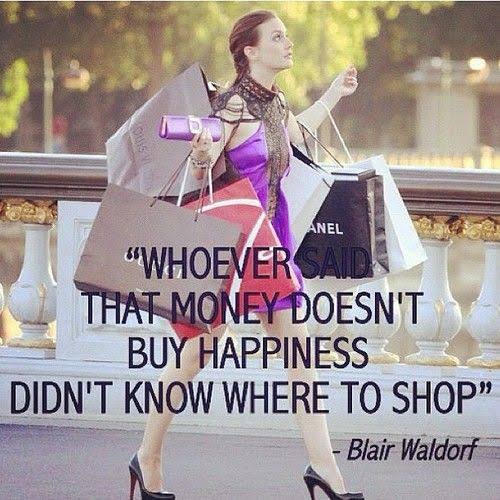 Article on Foran says he will not be dogs dominate half this year.
1.2 million well spent.

Peter C said:
Would be even better to NOT buy the NRL club and just have the moolah available.
Owning an NRL club is akin to pi$$ing money up against the wall
Click to expand...

Do you know if I’d win that 100 million I’d have made an offer , bought a luxury penthouse in the area and would love watching my 100 million eaten away that way!!
C

This topic is getting like the TV show MASH. Went nearly 4 times longer than the Korean War.


Foran focused on delivering for Dogs, not Des

Kieran Foran has vowed to repay the Bulldogs for sticking by him through his horrendous injury run, ruling out any chance of a reunion with his good mate Des Hasler over on the northern beaches.

Foran said he could not be in a better place mentally, having married partner Karina before Christmas, and was excited about a return to five-eighth, the same position he played when he won two premierships with Manly. 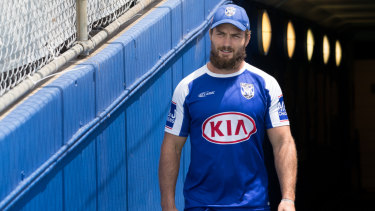 The Kiwi pin-up knows more than anyone he needs to give his club some serious bang for their buck after salary-cap pressure squeezed out favourites Moses Mbye and Aaron Woods midway through last season.

Hasler threw good money at Foran to come to Belmore before the coach parted ways with the club. He retains a huge respect for Foran, and would have tried much harder by now to lure Foran back to the Sea Eagles had it not been for their own cap woes.

Foran, however, said he owed plenty to Canterbury, where he will collect around $2 million over the next two seasons.

"I'm happy to see 'Dessy' go back there [to Manly] and it will be really good for that club, but there's been nothing there, no chats at all,'' Foran told The Herald. "My focus is here. I had a really disappointing year last season and I want to play some great footy for this footy club.

"They've stood by me. For me it's about putting my best foot forward for this club.

"I'm my own harshest critic. People who know me know that. I know by my standards I wasn't up to scratch last season. Getting injured didn't allow me to find any form at all. And I started very slowly.

"The goal for me now is to get back there and play to my ability for this club and for the guys in this side.''

Foran lasted 12 games for the Bulldogs before he was forced to undergo toe surgery. He had both big toes operated on, as well as wrist surgery, and was fighting fit for day one of pre-season training.

If you look closely enough - and beyond his Noel Cleal-like beard - Foran's smile is back.

"It helps when your life is settled away from the field and you can fully focus on what you need to do each day, and you don't have anything else on your mind,'' Foran said.

"She [Karina] has been huge. I can't describe the positive influence she has had on me. It's been huge. It's the reason why I'm in the place I am at the moment. Hopefully that translates into a big year for myself.'

Foran has been working with Lachie Lewis and new recruit Jack Cogger, with those two to fight it out for the No. 7 jersey - not the No. 6.

"I think 'Deano' [coach Dean Pay] might throw me back into the No. 6 this year, and it will be good,'' Foran said. "I played No. 6 at Manly during those [glory] years. The roles of the No. 6 and No. 7 these days are similar at some clubs but different at others.

"It frees me up if anything. When you're playing closer in to the ruck, your role is slightly different and you need to be able to organise most tackles and direct. For me, you need to look at your strengths as a footballer and what you do well for your side, and I think I know what my best style of footy looks like, and playing that little bit wider will allow me to do that.''

Foran had a lot of time for Lewis, who was one of the positives during a trying year for the Dogs, and Cogger, the 21-year-old Pay pushed hard to lure down the M1 Motorway last year.

If some of the early mail is right, Lewis will get first crack at partnering Foran.

When Pay first arrived at the club, he was given limited time to work with Foran as he recovered from a string of injuries. Pay often joked he was unsure just how many niggles there were.

It's been a different story this summer, however, and Foran said Pay had a much better idea of the sort of style he wanted his players to embrace.

"Last year tested everyone, Deano was a first-year NRL coach and as a side we didn't perform,'' Foran said. "To see the way he's come back in this pre-season and knuckled down and put his own spin on the style of footy he wants us to play, and just being relentless with that, that's the reason why we can hopefully get the results we need to get.

"The way Deano was able to come through a tough period at the club, it will only make us stronger as a group.''
N

When did Foran win the second premiership?
Quality article.

Cioran said:
This topic is getting like the TV show MASH. Went nearly 4 times longer than the Korean War.
Click to expand...