It’s shows this video how close mates they were and why Saab I think will one day want to play for us.. to honour keith by Winning a first grade title here at manly.
S

davohan123 said:
It’s shows this video how close mates they were and why Saab I think will one day want to play for us.. to honour keith by Winning a first grade title here at manly.
Click to expand...

From what I've seen and read the Manly club and the NRL have honoured Keith in a sensitive way that hopefully will give some comfort to all those who are grieving. 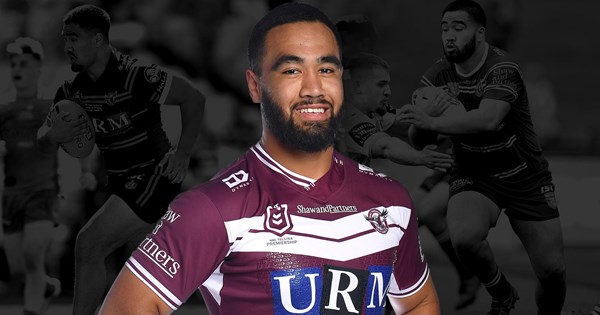 What a wonderful tribute, much love to his family in this difficult time.

Stevo said:
On a side note, do the still play that Jason Annear Memorial match?
Click to expand...

That's a good question. I thought about him when I first heard of Keith's unexpected death as Jason's death was quite unexpected too.

For those who may have forgotten about or don't know about Jason Annear, here is a bit of a recap:

Jason Annear was a Central Coast junior who joined Manly at the age of 16 and spent his first four seasons rising through the S.G. Ball and Toyota Cup ranks.

Capable of playing back-row and five-eighth, he graduated to the NSW Cup in 2012 and was placed on standby to make his NRL debut twice throughout the 2012 season when he was named as 19th man.

He also supplemented his lower grade income working as a doorman at Manly Leagues Club at Brookvale.

Tragically, he fell to his death from the headland separating Queenscliff and Freshwater beaches just hours after the club's annual presentation dinner held at the Manly Pacific Hotel on Friday October 5, 2012. His body lay undiscovered at the base of the cliff until around 7pm the following Sunday evening when members of the public alerted Police. At the time of his discovery, he was found to be still wearing the suit he wore to the end-of-season event.

It is believed he fell early on the Saturday morning, possibly while en route to his Collaroy home.

Although he never did actually get to play in First Grade for the Manly Club, in recognition of his immense potential and dedication to the club, Jason was added to the club's first grade registry, granting him an honorary place in Manly history as Manly Sea Eagles Player 543.

Jason's entry into the Sea Eagles record books represented the first time in the club's history that a player has been registered posthumously.

His family was later presented with a Sea Eagles playing jersey bearing his name and number.

MANLY Sea Eagles players were last night mourning the loss of their young teammate Jason Annear, who fell to his death just hours after the club's annual presentation dinner on Friday.

OneEyedEagle said:
What a wonderful tribute, much love to his family in this difficult time.
Click to expand...

A great tribute to obviously a fantastic young man who touched the heart of many people.

The video tribute bought me to tears and my deepest condolences to his beautiful family.

Manly Sea Eagle # 623 - even though you are gone, you will not be forgotten because you will forever be part of the Sea Eagles Family.

Hope that Keith’s family can get some closure from the memorial service by the club and I know that they cherish our latest Sea Eagle, just like we will.

That was a wonderful tribute To young Keith by the club and everyone involved. Gone but not forgotten. Fly high young Sea Eagle

Would it be inappropriate for our jersey next year to constantly display a black arm band and have #623 on the heart?
Last edited: Nov 28, 2020
B

Some lovely words by Saab. Very touching indeed... I hope his name is on all the 2021 jersey's, that would be a great move by the club imho.

It would be fitting if Saab became player 624
Best mates together forever.

Premium Member
Sad day, still hard to imagine this happened. All the best to Keith's family and friends.

623 forever in our memory. RIP Keith gone far too soon.