Now they are questioning how we can afford such great players

Despite the fact that DCE, the Turbos, AFB and Kapow have been playing for Manly for the past few years I see a story from Fox Sports questioning how we can now fit them under our salary cap! It would seem the media would prefer that they play for another club to spread the talent. They argue that these five players will now take up 50% of our cap.
Strange logic, and no questioning how Easts in 2019 could afford such highly paid superstars as: Tedesco, Mitchell, JWH, Cordner and Cronk, supported by an Internationally-representative crew as Keary, Crichton, B Morris, Ryan Hall, Tupou, Manu, Taukuako, Tetevano and Friend!

Media deathriding Manly as they wanted the TurBros to leave

There is a fair difference between retaining players and recruiting them like some clubs manage...

Typical......not a word about the Roosters salary cap & cost of their players or the Dogs who were supposedly in a financial mess yet suddenly have a war chest full of money or the Knights who also seem to have an endless cap or the Eels who have money to burn or those horses up north with trillions! F¥ck the media & their obvious dislike for Manly! Let them talk $hit & let them promote their golden teams! Just goes to show how they’re concerned Manly are on the way back & will prove to the rugby league world that players will stay for less to play for a real champion team & not brown paper bags.....phew I feel better after that

Bloody mugs. How the storm go with 3 of the best ever players for how many years... and the roosters lmfao. Manly stories sell!!!

Of the Chooks 2019 Grand Final side.....10 of the starting 13 were internationals, 8 current and 2 past. They had 3 players in the 17 who are/were on a million dollars per year (and none of the 3 were club juniors they had retained, all were paid that money to join the club). Then there is the other 13 who didn't play and that group included internationals such as Ryan Hall.

And no questions about their salary cap.

Yet Manly also now have 3 players on a million or so in their squad, plus some high profile earners such as Walker and Taupau, and not nearly half the amount of internationals in the squad.....and suddenly questions are asked about how we can be under the cap?
Last edited: Nov 1, 2019

YAWN - how boringly predictable. Is that the best they can come up with. What next, we are on drugs, we are cheating tpas etc etc

Don’t you love it when we are successful, they just hate it don’t they BECAUSE they know what’s coming........yep we consistently do it EVERY decade.
N

Because we use the rooter's accounting firm.

You only have to look at Fox Sport and the absolute f#ckwits they employ, biased twats.

Just hope all the moron masses stories like that continue to flow for years to come. It'll just mean we're back to the top and being hated by all the jealous little deadbeats who lap up the media shtpile.

Embrace it my brothers and sisters.
We must be close to a premiership.
Embrace the hate.
For anyone who lived through 78
The whinging and whining is a beautiful symphony
Embrace the hate
It is muzac to my ears...

Have a good look at the top three highest paid players from every other team. The monetary difference is not really that big. The quality is absolutely massive.

We are paying what? 3.2 for our boys?
Broncs pay 2.8 for Milford, Boyd and Bird.
Sharks similar for Johnson, Moylan and Dugan.

Go through every other team and I don't think any of them would hesitate to take our boys.. 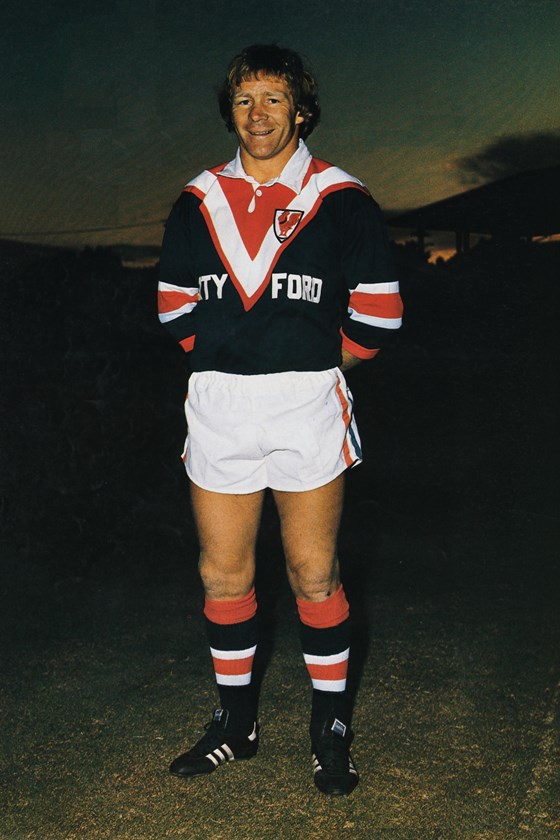 Sydney City Roosters are the Media favourite. Its been that way for decades. You'll rarely hear them bag the club and there will always be media spreads about them. They are the Sydney money side with most higher profile individuals supporting them. Some are more equal than others.

Bearfax said:
Sydney City Roosters are the Media favourite. Its been that way for decades. You'll rarely hear them bag the club and there will always be media spreads about them. They are the Sydney money side with most higher profile individuals supporting them. Some are more equal than others.
Click to expand...

I wouldn't be surprised if uncle nick plays golf with a few of them as well. When Kent brought up the quality of the rorters squad, rothfool cut in and bleated about how no one ever considers the amount of players the rorters move on.

It's like...yes we do. Rorters cut 8 fringe graders / end of career players and bought 6 top line international players (for example). The money is no where near the same.

Just seeking clarification re the new deals signed by the Turbos:
Do they apply from season 2021 onwards, or do they supersede the final year (2020) of their current contract?
If the latter then Manly is still paying the Turbos a lot less for this upcoming season; thus proving us more wriggle room in the Cap in 2020.
Show hidden low quality content
You must log in or register to reply here.
Share:
Facebook Twitter Reddit Pinterest Tumblr WhatsApp Email Link