voicefromthehill said:
Yes - but even God couldn't make him half as good as he should have been
Click to expand...

frank stokes said:
Dunno @XV-1, thought the dragqueens attack has looked very promising at times this year... I reckon they may be heading in the right direction...
I would replace them on your list with the warriors personally...
Click to expand...

It's a the right side of June for them, give it a few weeks

AlxFromNthNarra said:
The poor Tigers are a lesson for other clubs on how not to operate.

For mine, they are a prime example of how the back-office administration team (CEO and board - the white-collar team) can effectively ruin a club through poor decision making and incompetence.

Given we have just watched our CEO/CFO leave, their replacements become of high importance to get right - If we get it wrong, we can end up like the Tigers basically. Except we have the benefit of a stronger pathways program from youth, and better systems that aren't reliant on flashy facilities.

Thankfully the merger hangover of the Northern Eagles days are all but exorcised - to me it seems the Tigpies have a weird symbiosis between the Western Suburbs magpies owning the assets and making the money via their leagues club - which is just a pokies leech. But which Leagues club isn't nowadays...Penrith are rich off the misery of their supporters, with Panthers holding the largest amount of Pokies in a single venue in the southern hemisphere I believe... The Tigers on the other hand contribute the mascot and management. **** deal for the Magpies.

Even the last time I went to Manly leagues - and this will be an unpopular comment probably - it was disappointing to see how much of the floorspace was dedicated to these life-sucking parasite pokies. Maybe the disposable income on the beaches isn't as precarious as out west - small consolation I know... Yet desipte this discrepancy in funding supply, the Tigers are in control of the board, and have retained their emblem for the team. This must be infuriating for the Wests-originating members.

The well-documented failures of recruitment and retention at the Tigers are a symptom of the fall in prestige of the club that once boasted an envious roster in the mid-2000's, to being a perennial also-ran with a system of loyalty and pride for the club seemingly MIA. Tigers-bred players are itching to not only test their value on the market, but test their application to a superior culture, which nurtures their aspirations over the limited period their career spans.

Better to plug into a system like the Storm/Rooters/Souths (and even Manly nowadays) than chance it with the Tigers as a marquee player - where even presiding over the club's best finish in a decade (ie 9th again) is criticised as under-performing. Scrutiny then follows from the horrible NRL media scum, with harsh commentary on value and ROI - no player wants that **** - they just want to play footy.

Sad times for them - it felt like Manly were on the verge of this decline as well not too long ago in the Barrett era, with the focus on importing proven success (to no avail) becoming a hallmark of Barrett's resume, continuing with the current Bulldogs stable. When Barrett couldn't develop and lean on facilities to attract players, his value proposition at Manly collapsed. This priority, over developing youth and systems (that for example Gould has help build at the Panthers), is paying off in spades now at Panthers, and at Manly too. Thankfully we had Bozo to help insulate us from Barrett's taint - and the Dogs have imported Gould for similar reasons. Anyway I digress.

The challenge for the Tigers is their board is so inept, that they thought bringing in a permiership-winning coach like Macguire would magically solve their problems. It is not that simple, and Macguire has been shown up as being no Craig Bellamy, Wayne Bennett or Des. It has not panned out, but it is Macguire who is wearing the culpability in the way a **** board of directors knew he would. Shame, and overhaul needed in the backrooms of that club to escape this viscious cycle of underachievement.

Pray we get the C-level team at Manly to avoid this happening to us.
Click to expand...

May I add - Maguire is suffering from no longer having the media as his play thing. He made it once with the bunnies in 2014 on the back of the Bourguisee love in, and the influence of fatty Crowe. History tells us the type of person/people they were

Premium Member
I hope Api signed for a huge amount. From the penthouse to the cellar for Api. It’ll be the longest two years of his life.

wombatgc said:
I hope Api signed for a huge amount. From the penthouse to the cellar for Api. It’ll be the longest two years of his life.
Click to expand...

Can't blame Api for leaving, they would have offered him a $hitload to leave and seeing he has already won two premierships he'll be playing for the cash

Peter C said:
Can't blame Api for leaving, they would have offered him a $hitload to leave and seeing he has already won two premierships he'll be playing for the cash
Click to expand...

No, I don’t blame him either. I just feel sorry for him. This year you’re throwing the ball to Cleary. Next year it’ll be Brooks. Poor bugger.

wombatgc said:
No, I don’t blame him either. I just feel sorry for him. This year you’re throwing the ball to Cleary. Next year it’ll be Brooks. Poor bugger.
Click to expand...

I was reminded of the tunnel scene from Shawshank Redemption

Premium Member
Some formulas just won't work. The people responsible for the Tigers plight in my opinion are the decisions makers in terms of retention and recruitment for the last decade. I can't see a recovery as it has been broken for far too long. Maguire wouldn't get them into the top 8 and Brooks desperately needs a change of club. It will be a dangerous gig for the next coach and most experienced coaches such as Flanagan would be wary. The only way that might happen is a father and son deal. Its not going to be a happy ending. Move or perish I expect.
E

wombatgc said:
I hope Api signed for a huge amount. From the penthouse to the cellar for Api. It’ll be the longest two years of his life.
Click to expand...

It's his pension top-up, it'll be his last club in the NRL.
X 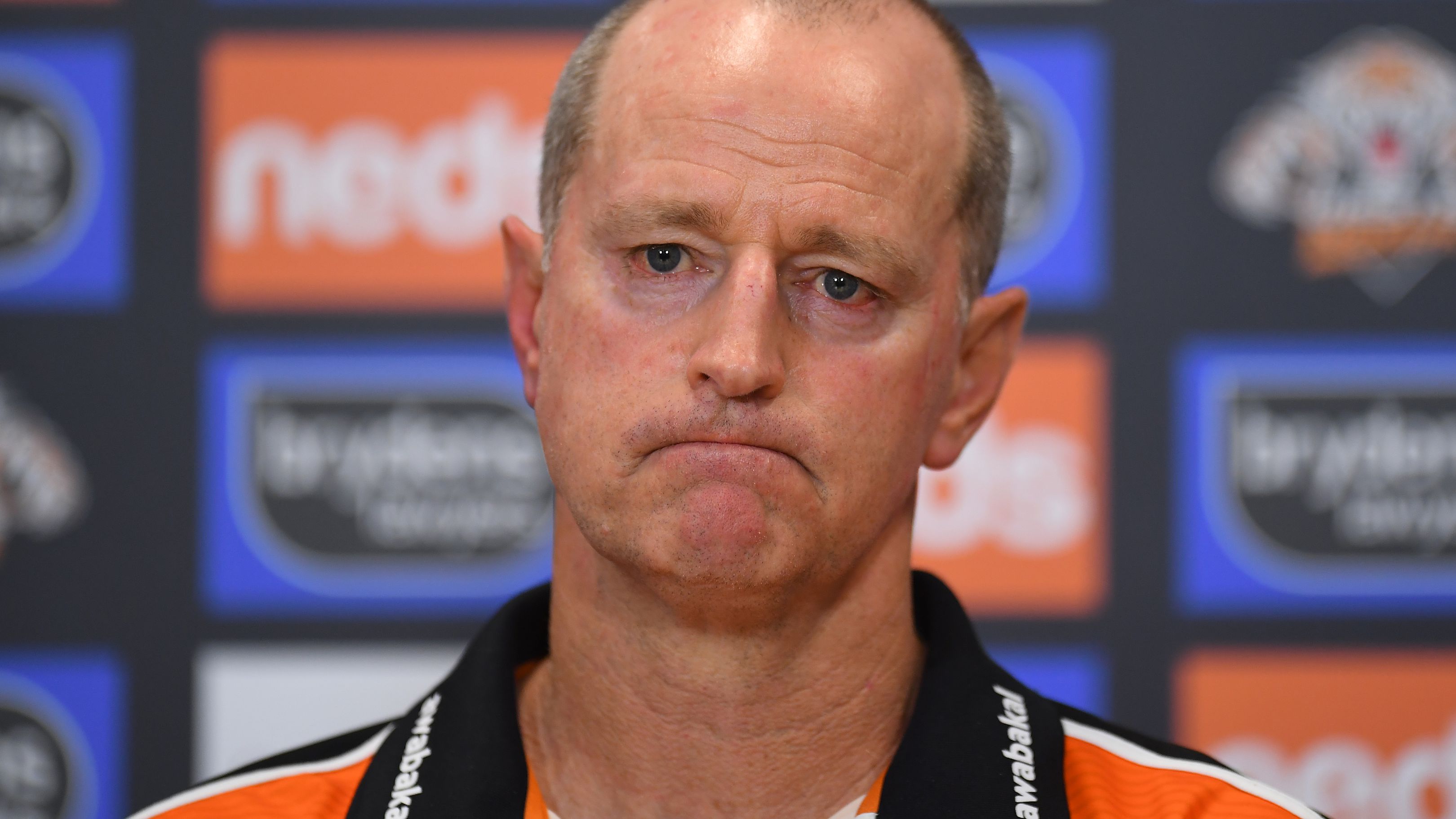 Second NRL coach to go in one day

Second NRL coach to go in one day

He'll get them to attack as one flat line, throwing plenty of intercepts.
E

Shoe1 said:
He'll get them to attack as one flat line, throwing plenty of intercepts.
Click to expand...

Giveme moremoney, will be like a deer in the spotlight come Sunday arvo.

Eagle 1 said:
Giveme moremoney, will be like a deer in the spotlight come Sunday arvo.
Click to expand...

He'll probably get sacked on monday Didn't Jackson Hastings sign there as he wanted to be coached by Maguire ?

I wonder if he has a clause in his contract or will do a dummy spit like Naden did when Twenty "resigned".