Bateman has been allowed to test the market for next year although been contracted til 2021. He is on 580k and I seeking a 800k contract. Make it happen des! If we could manage it a premiership trophy would surely be on its way to brookie

At the expense of who? Id love him but id say we are 0% chance at signing him.

The better Robbo said:
At the expense of who? Id love him but id say we are 0% chance at signing him.
Click to expand...

Correct who do you ditch to get him??
M

Bateman is a very, very good player, but we are well served at the moment for value for our dollar with the position he covers.

Taufua and Thompson perhaps.. suli if gone?
I agree it would be difficult to get him here..
But anything is possible..
Plus, des was seeking out wade Graham last year so he may think a player signing like that is plausible?
H

I get te angle of Bateman as he brings a massive point of difference to our current power game....I also feel the current team simply retained and growing in combinations with 2-3 stars already in the backyard yet to join the 17, will both take be dominant in coming years and take up the cap by 2021/22.
Fair call though, a Bateman fan, 1 of the best attacking forwards in the game.
Last edited: May 22, 2020

sean john said:
Bateman has been allowed to test the market for next year although been contracted til 2021.
Click to expand...

I'm sure the Roosters, Bunnies or Eels would have plenty of space in their salary caps to pick him up

Bateman would be an upgrade on Thommo, and Siro too if we are being honest. But do we have that much room in the cap ?? unlikely

He is a great player I'd love him at the club.. we will need someone once thommo retires

A great replacement for Thommo in 2022 when his Faders contract is finished.

The Canberra Raiders have reportedly given John Bateman permission to speak with rival clubs after his management put in a request for a release on four different occasions.

According to a report from Fox Sports, Bateman is on a contract worth around $580,000 a season and is hoping for an upgrade worth close to $800,000.

Bateman is currently under contract with the Raiders until the end of 2021.


The news comes after earlier report from Fox Sports which said the 26-year-old had repeated release requests knocked back by the club over the summer, with the Raiders refusing to budge on a contract that doesn't expire until the end of next season. 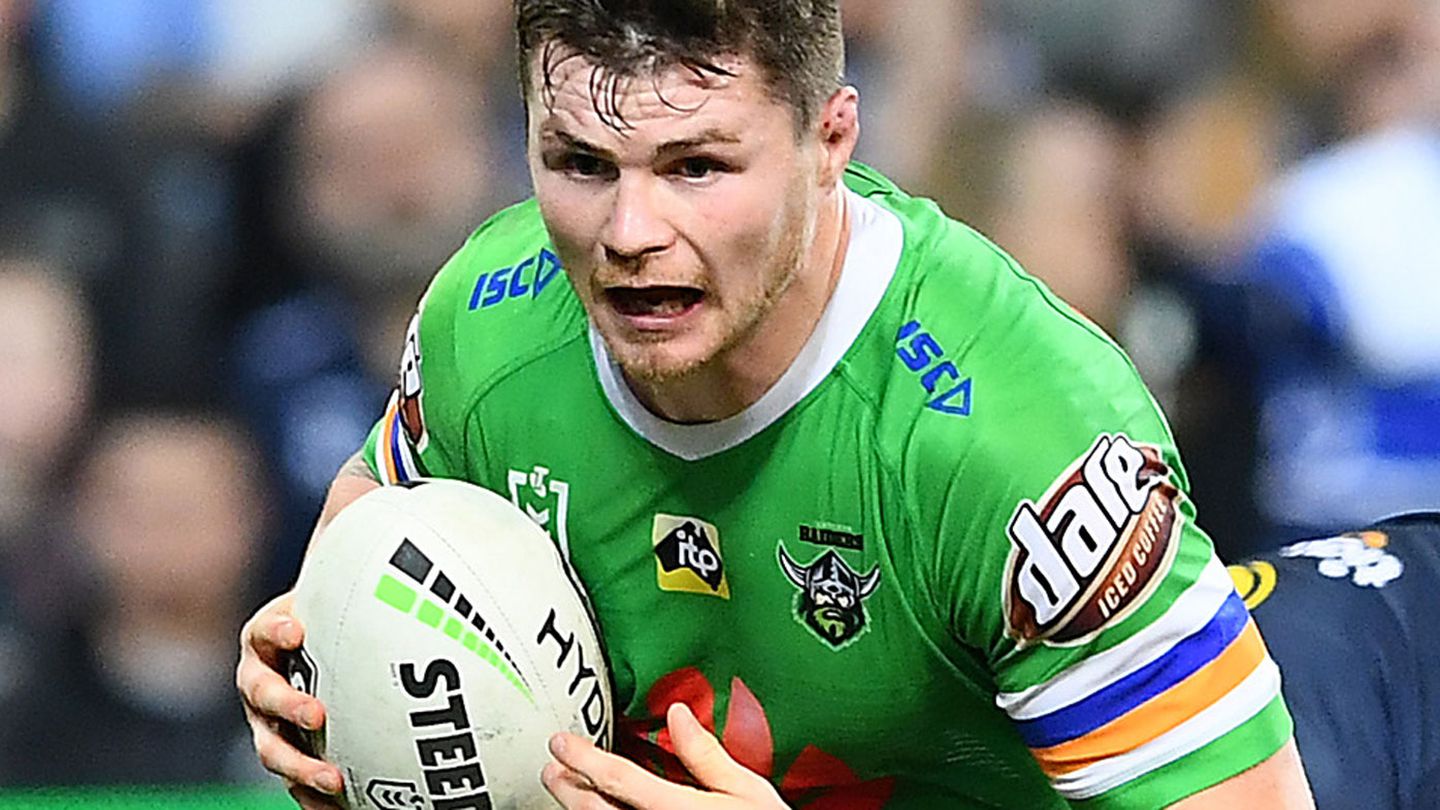 
That sentiment coincided with a change in management after joining high profile player manager Isaac Moses ahead of the grand final.

Since then, the England forward's management has reportedly made at least four approaches to the club, arguing Bateman could sign a more lucrative contract elsewhere.

Currently recovering from shoulder surgery, the backrower will be unavailable for the Raiders' round three clash against the Storm.


Says it all really ,the player managers are truly screwing the game.
580k ,It was good enough for him to sign a multi year contract on ,you dont like it,**** off.

Scrolling down that thread I've never seen the phrase "Feed him brah" typed so often in my life.

Yup, Bateman tweets he has never asked for a release and Hooper is buII****ing, so the obvious liar is that scumbag Isaac Moses.

It is way past time something needs to be done about these managers.

Didn't The Turd have an opportunity to fix it but goat photo's scared him off?

C'mon Abdo and Pete, you are cleanskin's, do something really good for the game. It's a great opportunity to make sweeping changes and lower player contracts in hard times without hurting players, by cutting out these integrity bereft parasites. They are turd stain on the game.
Last edited: May 23, 2020

Living in the demountable.

Jeez an Englishman wanting to live on the beaches - would never happen in a million years!