Former North Queensland Cowboys coach Paul Green is announced as the new coach for the men's Queensland State of Origin team, on a one-year deal.

Former North Queensland Cowboys coach Paul Green has been announced as the new coach of the Queensland State of Origin team, on a one-year deal.

Green takes the reins from Wayne Bennett who led the Maroons to an upset 2-1 series win over New South Wales in 2020.

During his seven seasons as head coach at the Cowboys, Green took his side to its maiden National Rugby League Premiership in 2015 and a Grand Final in 2017.

He stepped away from the club mid-way through the 2020 season after the team struggled in recent years, failing to make finals.

As a former halfback, Green also played seven games for the Maroons from 1999 and 2001.

He said he was thrilled to be given the opportunity.

Zane Musgrove ... ( AKA Brayden) ... the cry baby home-sick sook .. that left Manly after a couple of weeks to return to the Hunter Valley has signed with the Knights ...

Woodsie said:
Zane Musgrove ... the cry baby home-sick sook .. that left Manly after a couple of weeks to return to the Hunter Valley has signed with the Knights ...

Thought the kid had the goods, and we may well rue his leaving ..
Click to expand...

Brayden Musgrove not Zane, Zane is a front rower at Tigers....anyway,

West Tigers 5/8, son of Kevvie Walters, Billy will be joining his father at the Broncos 2021.

Kaneallan been training with the Manly NRL sessions - interesting...​

@kaneallan signs with Blacktown for the 2021 season. Kane is an electric outside back with a knack of finding an opportunity in attack and turning it into points. Kane has played with South’s previously and has also spent some time at Manly’s NRL training sessions this preseason. Expect big things from Kane this year in the Workers jersey.

@levimoger has impressed this off season with a great attitude towards doing all the little things right at training. He gives 100% to every drill and field session and he has seen the benefits in his fitness and knowledge of football.
A former Manly & Western Suburbs junior representative player, he is a tough lock who plays in the middle of the field, tirelessly tackling and cleaning up in defence and vigorously carrying the ball forward.

Robbie is a versatile outside back, who has a strong carry and solid defence. Robbie has worked extremely hard on his body since injuring his ACL early in 2020 and is now completing field sessions with the team. Robbie is a real student of the game and enjoys coaching players around him and making his team mates better. Robbie is a great team man and is an excellent edition to the club.

Lucas is a young front rower with huge potential. He has been training hard in the gym and on the training paddock. Lucas started 2020 with an impressive trial match vs Parramatta where he established himself as an aggressive front rower who takes opposition teams on.
This year Lucas is looking to cement a spot in the 2021 NSW Cup team with strong performances week in week out.

Hard hitting Francis Laloua-Tui has signed on for another season with Blacktown. He is regarded as one of the toughest footballers in the NSW Cup, by his team mates and opposition players.
Francis prides himself on his defence and working hard for the players around him in the team. He is a leader of men and can be seen at every training session completing extra drills and fitness work to prepare his body and mind for the season ahead. Every player at Blacktown loves playing with Francis because he is a team man and gives his all.
Last edited: Feb 9, 2021

The tug of war over the services of Panthers young gun Matt Burton has taken another twist with Penrith holding firm on refusing to release the Dubbo product a year early.
Fox Sports has also learned the Panthers discussed a possible swap deal with Bulldogs front-rower Dylan Napa but Canterbury-Bankstown torpedoed the prospect.

The Norths Devils are pleased to officially announce that Danny Levi will join the club for the 2021 season. The former Newcastle Knights and Manly Sea Eagles hooker has played 103 NRL games since 2015, having also represented New Zealand, Samoa and the Maori All Stars. We are looking forward to seeing him run out on Bishop Park.

Looks like he won’t be at Sharks this year

Cameron McInnes might not be at the Sharkies this year, but ex-Tigers front rower will be reunited with fellow ex-Tigers Andrew Fifita and Aaron Woods at the Sharks. Signed for 2021 only. 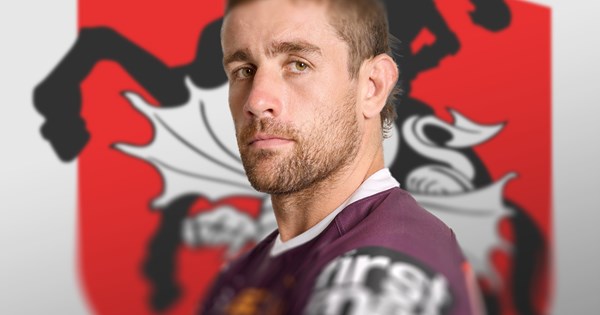 Sione Hopoate is named to play for the Roosters in the trial against the West Tigers, who themselves have named Zac Docker-Clay to play in the game.

Tony Satini in Roosters squad too.

Cameron Smith has spoken publicly for this first time on his future at a leadership luncheon today, insisting he is yet to speak to any prospective suitors. Couple of promising props signed by Workers.
Jordan Leiu a Storm junior and late convert to league from AFL,trained with their NRL squad a year or two and signed with Tigers last year but obviously only got one run before season over.
Phillip Makatoa from Wariors,played in their NRL trial against Storm last year but again missed season because of a knee injury in the trial.
Last edited: Feb 22, 2021
Show hidden low quality content
You must log in or register to reply here.
Share:
Facebook Twitter Reddit Pinterest Tumblr WhatsApp Email Share Link