Premium Member
Geez , talk about something that was not meant to be with the way and manner it panned out for Manly last night , especially in the i st half . Most things that could have gone wrong for Manly did and the reverse for Souths of course . Guess that there will just have to be some tempering and better execution with some of the attacking plays , can "t win a final or comp with limited possession , no doubt can get that improved but will have to if they want to get to the next level .Just wasn ;t destined this season Sadly in many ways, definitely was a missed opportunity as well Certainly hope that Koula can develop into a strike centre next season [ and maybe even need another ] , doubt if Manly can win a comp with Harper and Parker there . Olokatu - atu is Manly "s best forward at present and can be used even better in attack , got to make him a real long termer . hopefully Foz can go well again fit and able next season , Croker has been valuable but would be a bonus to get Fainu back A S A P . Not that far off being a title winning side and hopefully a healthy roster when they should make the final cut again next season

niccipops said:
Disappointed in this weak c*** of a reaction Mick. Where the f*** are the f*****
swear words.

I'm all out of them @niccipops. Used them up last night. God I hate the day after when you get eliminated.

Cya next year folks - that was weak as piss

mickqld said:
I'm all out of them @niccipops. Used them up last night. God I hate the day after when you get eliminated.
Click to expand...

Is that a promise

mickqld said:
I'm all out of them @niccipops. Used them up last night. God I hate the day after when you get eliminated.
Click to expand...

I agree hurts so badly today

But in the next couple of years if we actually do have success it will make days like this worth it.

mickqld said:
Is that a promise

ALinda said:
Feel very sorry for the Qld Manly fans at the game. It was hard enough for us watching at home but it would've been heartbreaking for the fans at Suncorp...
Click to expand...

Wasn’t easy , but we did keep chanting !! Although very proud of where we finished when all doomsayers predicted our first wooden spoon this year. I just want to say that we were not mentally harden this year to have successfully contested the Grand final. We all know that Manly will be a better team next year after their experience this year. My worst nightmare would have been if we had played the Storm in the Grand final and we were not switched on and they went and scored 40, 50, etc unanswered points heaven and obliterate our 40-0 2008 legacy. because we all know Bellamy would like nothing better than to reverse that stain on his record.
C

Gotta learn and improve from this season. Don’t be like Barrett’s team. The last time we played finals and finish near the bottom season after.
A

Premium Member
Tipping Comp 2021
I've noticed @globaleagle has been conspicuous by his absence since last night's loss (unless I'm imagining it). Wonder if it's sent him into hibernation lol

ALinda said:
I've noticed @globaleagle has been conspicuous by his absence since last night's loss (unless I'm imagining it). Wonder if it's sent him into hibernation lol
Click to expand...

Well, thanks for noticing! I had to 'sulk' for awhile but the storm losing has made things "ok" again.

It was great to go as far as Melb especially as they do 'everything so amazingly right' and even when Manly win they do 'so many things wrong' according to their 'fans'. lol, how embarrassing for those jokers (esp the ones who join other sites).

So, well done to Manly for their season. It was the style of play the whole league needed to see and was extra special for the fans. Things can only get better.

Staff member
Premium Member
Tipping Comp 2021
For whatever it's worth: 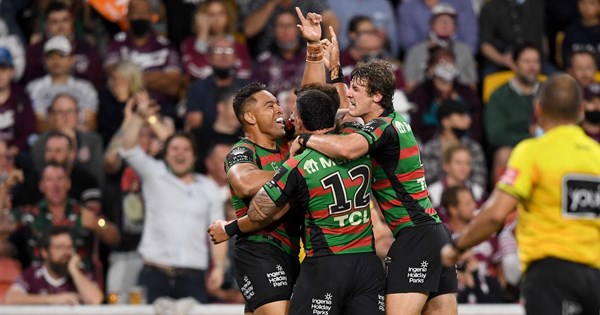 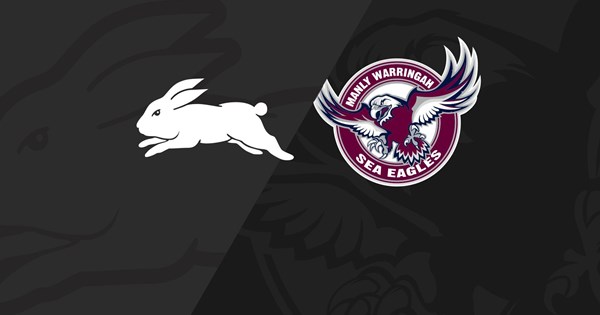 globaleagle said:
but the storm losing has made things "ok" again.
Click to expand...

I agree to a point.

I don't think that the Storm losing has made things okay again. Better yes but not okay.

At least with Penrith winning, it gives me a team to go for next week because if they had lost to the Storm, I would have had no interest whatsoever for as to wins the Grand Final and I probably wouldn't even waste my time watching it.

Clivus00 said:
Gotta learn and improve from this season. Don’t be like Barrett’s team. The last time we played finals and finish near the bottom season after.
Click to expand...

Yep, Raiders in the GF two years ago and battled ever since.
That was Souffs fourth Prelim in a row but the first one they’ve won.
Just shows how hard it is to take the next step and/or stay there.
S