Seven arrested over alleged drug supply syndicate
Share
The Gold Coast Titans say assistant coach and former NRL star Michael Gordon will not be "providing services to the club until further notice" after he was charged by police.
It is understood the 37-year-old former fullback is one of seven people arrested by New South Wales police over an alleged cross-border cocaine and MDMA supply syndicate.
Tweed/Byron Police District crime manager, Detective Chief Inspector Brendon Cullen, said the arrests would have "significantly disrupted" the supply chain into the "schoolies areas".
"Byron Bay is one of the busiest places on the east coast of Australia right now, with thousands of schoolies expected to fill coastal towns during the coming weeks," he said.
"These drugs were bound for our streets.
"Police will allege in court this syndicate was operating across the border."
The investigation by Strike Force Caved saw five search warrants executed at Casuarina and Terranora in New South Wales on Saturday, and four at Robina, Burleigh Waters and Miami in Queensland.
Police said the searches unearthed more than $60,000 in cash, as well as cocaine, MDMA, steroids, mobile phones and drug paraphernalia.
Mr Gordon was arrested in Casuarina and taken to Tweed Heads Police station, where he was charged with two counts each of supplying and possessing a prohibited drug.
In a statement, released on Sunday morning, the Titans confirmed it was aware Mr Gordon had been charged by police.
"Michael has been working on a contract basis, providing specialist coaching services to the club over the past season," it said.
"He will not be providing services to the club until further notice.
"The club will make no further comment as the issue is now with police."
Five other men and one woman have been charged in relation to the alleged syndicate.
Mr Gordon is set to face Tweed Heads Local Court on December 14.

The Gold Coast Titans say assistant coach and former NRL star Michael Gordon will not be "providing services to the club until further notice" after he was charged by police. 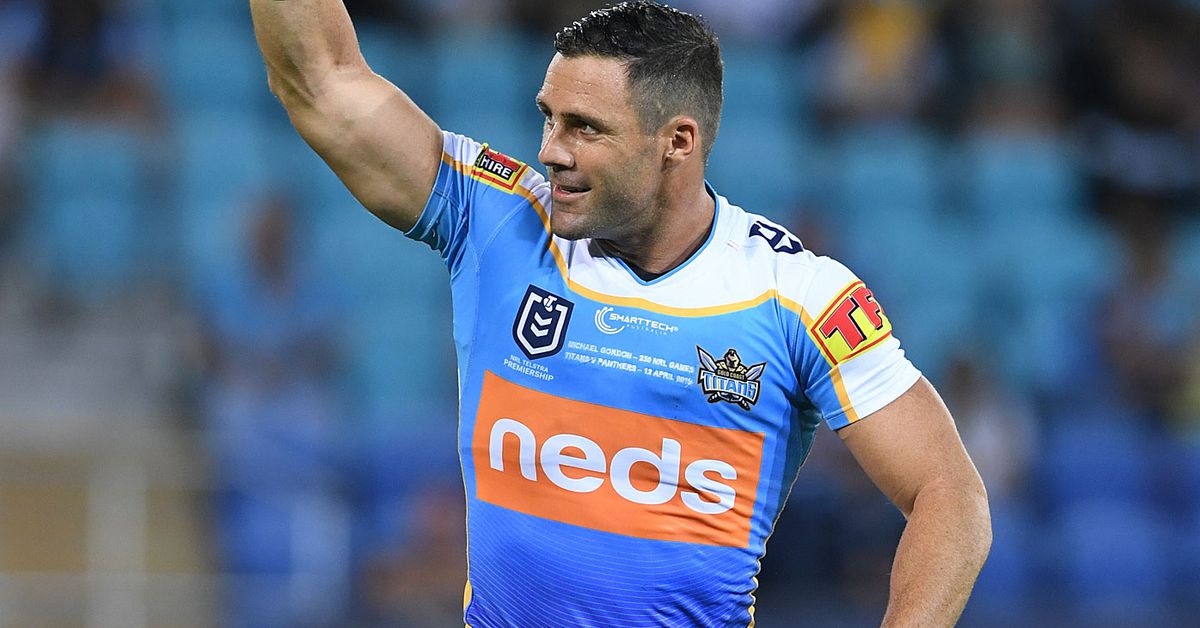 That's about all I got to say bout that

Shame. I always liked Gordon, thought he was one of the good guys.

Lazy journalist didn’t try hard enough to link it with manly and have manly in the headline.

“Gordon, who played more than a dozen times at brookvale oval”
Etc
N

LM63 said:
Shame. I always liked Gordon, thought he was one of the good guys.
Click to expand...

I just said exactly the same to my missus. But drug dealing or anything to do with the supply of drugs puts you in the category of the worst humans

Was Gordon there in 2015 when a bunch of Titans got caught up in the cocaine ring
Or when Hayne gave $5K to a bikie on video?

He used to give me roses, I wish he would again, but that was on the outside and things were different then!

manlyfan76 said:
Was Gordon there in 2015 when a bunch of Titans got caught up in the cocaine ring
Or when Hayne gave $5K to a bikie on video?
Click to expand...

He has played for five clubs, The Rif, Cronulla, Doesn'tmatta, Easts and the Tits.

LM63 said:
Shame. I always liked Gordon, thought he was one of the good guys.
Click to expand...

I was about to post exactly the same thing. Damn shame.

I have a well known member

Shoe1 said:
Lazy journalist didn’t try hard enough to link it with manly and have manly in the headline.

“Gordon, who played more than a dozen times at brookvale oval”
Etc
Click to expand...

A former NSW Origin teammate of Manly Sea Eagles players Jason King and Anthony Watmough has been arrested for drug supply and possession on the Gold Coast. Investigations into an alleged drug supply ring resulted in the arrest of seven men, including the Manly-associated Michael Gordon. It is alleged that Gordon was part of a drug syndicate set to supply cocaine and MDMA to Schoolies participants in Byron Bay. Gordon, King and Watmough were NSW teammates for Game 3 of the 2010 Origin series. The Manly club has an association with drinking and partying in Byron Bay as far back as 2014. It can also be revealed that Gordon was known to occasionally spend a winters weekend in the Brookvale area during his playing career where he was often spotted in the same area as numerous Sea Eagles players and staff. 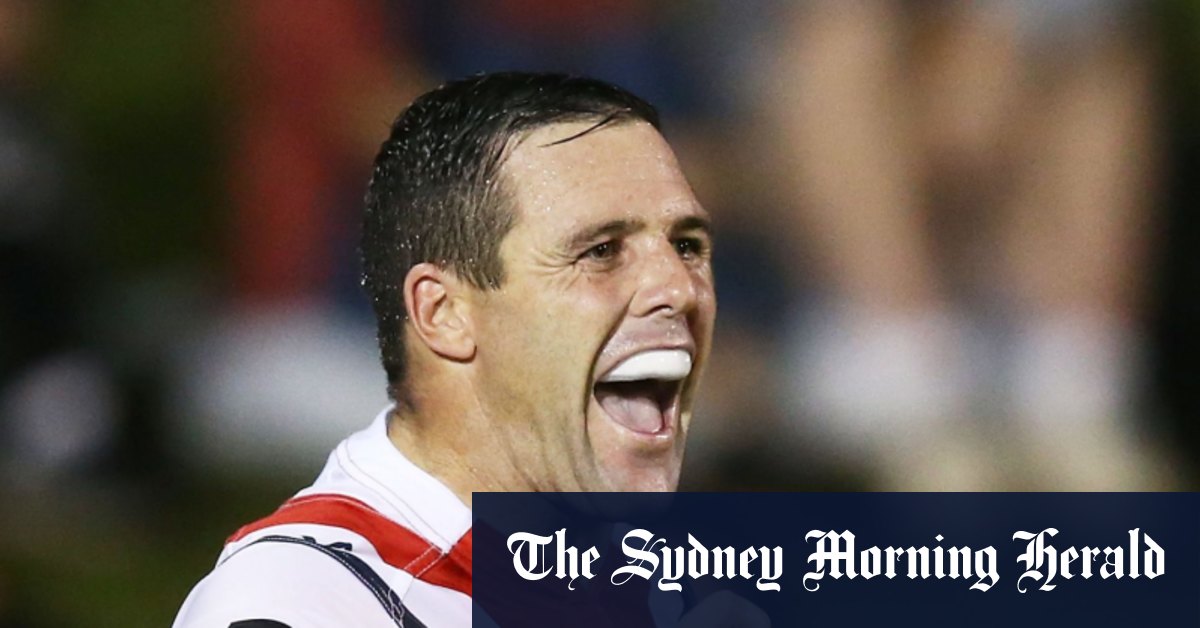 NSW Police have arrested seven people, including former NSW winger Michael Gordon, over the alleged supply of drugs at the NSW-Queensland border.

This will absolutely cripple drug supply on the Gold Coast and... wait nvm. 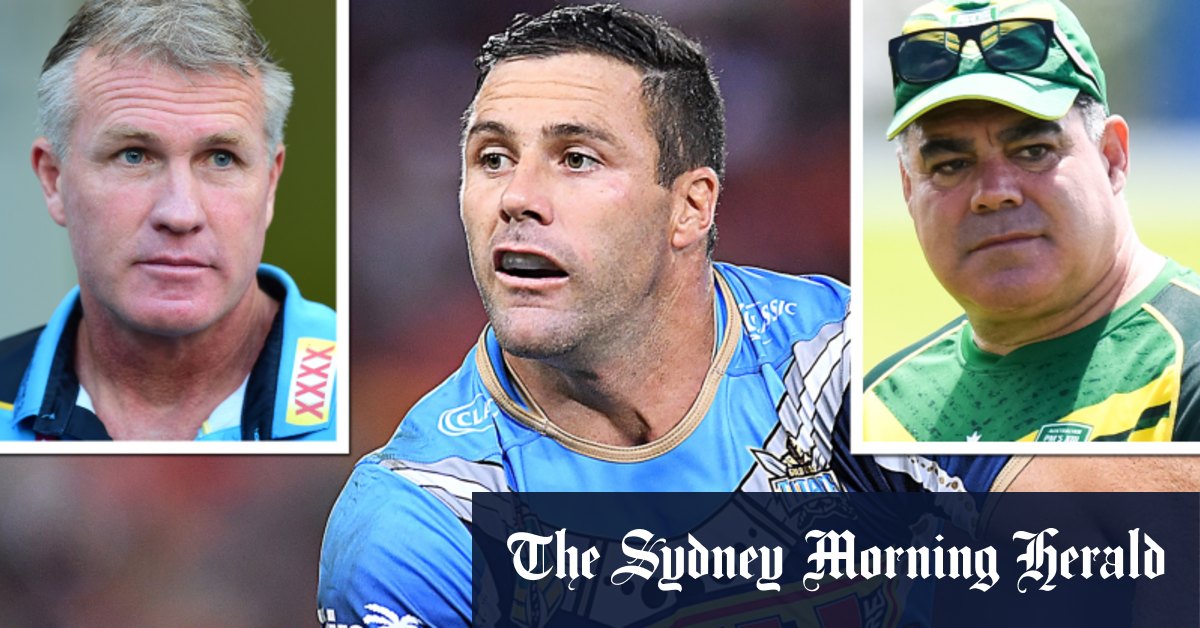 Former coach Garth Brennan wanted to shake up or even sack some of the side’s leaders for not upholding club standards - but was overruled.


Gold Coast Titans head of culture Mal Meninga stood by Michael Gordon and other wayward players when former coach Garth Brennan wanted to shake up or even sack some of the side’s leaders for not upholding club standards.

Brennan felt totally unsupported and, with management going against him, believed they condoned senior players setting a bad example for the rest of the squad. Players were living rock-star lifestyles and playing like a midweek covers band.


The issue reached a flashpoint when the Titans played Wests Tigers at Tamworth in April last year. After the 30-14 loss, Brennan banned the players from going out due to the result and because of a short turnaround.

Gordon and other players went out anyway and Brennan wanted to stand players down to correct the culture, or at least create one. He went to Meninga with his concerns that players were partying and not respecting the club. Meninga overruled him, saying Brennan was going to lose the players because he was being too hard on them. Meninga backed the players over the coach.
This was at a club where Kevin Proctor had already been busted using cocaine, and a number of other players had been caught up in another drug case. Proctor is now club captain, Meninga is the head of culture and Brennan is out of a job. Worse than that, Brennan had to deal with false claims he had been out drinking in the lead-up to the aforementioned Tigers match.

This may get ugly ... I can see the wagons getting circled already ..

Mal Meninga. The rugby league Immortal and Kangaroos coach has joined the club as head of performance and culture.