I thought we looked badly underdone especially when we had the ball, I dont think we threw a genuine punch in anger at the Drizzle defence all day. We again fell into the trap of playing dry weather football when conditions were all about kicking game, this is where our halves failed badly.
Manly 0 drop outs v Drizzle 5, Manly 0 tries v Drizzle 3 tries all from kicks. This is our achillies heel yet again we fail to deal with kicks, Try 2 was a shocker from us. no one attacked the ball and the got a second kick in.

We are really short around the ruck, Levi is honest and tries really hard, we so miss the creativity of Fainu and dummy half of Api.

It is only game 1, our goal line defence was superb. The game was lost due to our inability to conrol the ball in the wet and in recent times we have really struggled on a wet pitch.

Only game 1 and if we defend like that we will win more than our share of games!

ALinda said:
Anyone know why Siro went off in the 2nd half and didn't return?
Click to expand... 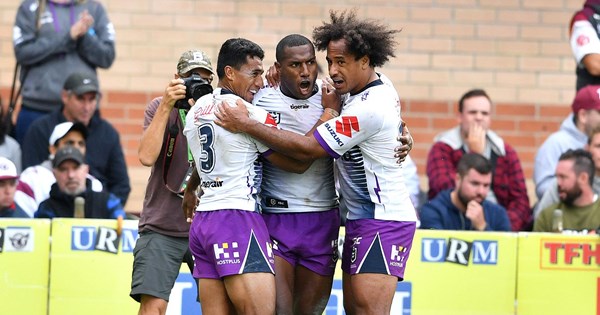 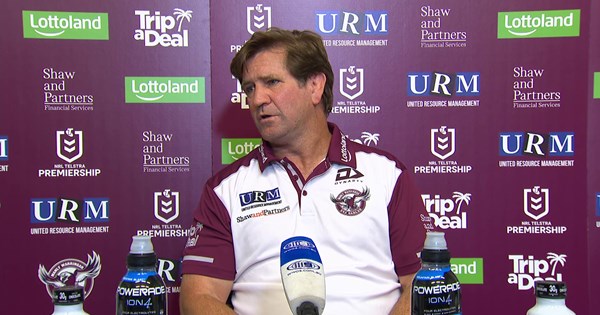 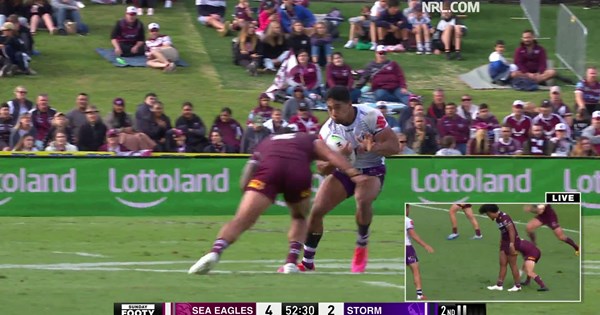 Geez Dessies nervous idiosyncrasies had me scratching my head and arms as well. I wonder if he’s like that in the dressing rooms, or it’s just a media thing.

Time to bring in Schuster at 5/8 and move Walker to the centre with Suli. Creativity starts at the 5/8. In the Flegg game that Manly won it was Schuster who put on one of the three tries and scored the third. The Flegg side has been a loser in recent times. Bring in Schuster and bingo, they win
H

susan said:
Croker /Levi not even in same postcode as Fainu/API That’s our biggest issue. Defending and passing just does not cut it against the top sides. The other boys can mix it with the best and proved it all last year. I have every confidence we’ll go really well if we can get something out of dummy half somehow.
Click to expand...

I think we 100% need to give them time before statements like this imo. I still agree with releasing Api. We need more direct, playmaking dummy halves in our squad to be a more consistent, consolidated threat.

Croker isn't a choice, he is a neccessity at the moment until either levi can play 80 or fainu can return. Fainu is the ideal dummy half. He's a more direct version of api with a great support game. Levi showed me today he has plenty of potential and his confident direct attack in the first half makes me believe that time will make us a very, very strong side

It would have been nice to start the season with a win, but we only played one trial, and it was the first game back for several key players. Turbo hadn't played for 6.5 months and it was also the first games back after surgery for Sironen, Jurbo & AFB. As well, it was the first game for our new hooker. We had a poor start in the first couple of games year & there was sorts of doom & gloom predicted for the year in this forum. Yet, we had an excellent season, despite key players regularly being sidelined with injury.

I wasn't able to watch the game today, only the highlights. Unfortunately, Jorge's defensive weakness in covering balls kicked behind him was again on display. I think sometime this season his place will be taken by a nippier winger.
Last edited: Mar 28, 2020

HoldenV8 said:
Just for the record on Manly's opening rounds in our premiership winning years.....

Hmmmmm, so in their premiership winning years Manly were never beaten by more than 12 points in Round 1....?

Cioran said:
How often have you seen Cameron Smith (stops to spit) have a game where every kick goes into the legs of the opposition.
Click to expand...

Would be interesting to see game and career player stats regarding the outcome from a player kicking within 15 metres of the opponents line.

Probably be something like 20% scoring, 60% regaining and 20% losing for purple scum Smith, I daresay it would be an uglier, much uglier stat for some dear to us...... 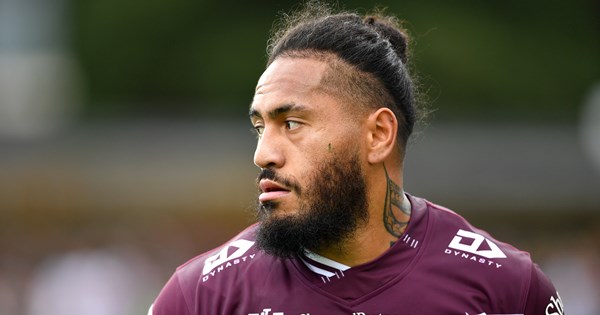 Have your say on who should win the Youi Tackle of the Week for round one of the Telstra Premiership.

Storm's defence was good too [ admittedly got away with slowing the ruck down too much also ] and it really came down to who could control the 2 nd half better and Manly "s unforced errors decided that one . Lucky tries off kicks but Storm still had the skill and game management to capitalize on the opportunities . Ist half showed that Manly are still very competitive , maybe a bit underdone ,attack a bit rusty , Now that Schuster is emerging as a possible 6 just have to see how the attacking plays around D C E and Walker go over the next couple of games [ assuming there are games ] Maybe Suli was overrunning the ball on a couple of occasions but still would be more suited to centre with Walker then . Levi , Keppi and Boyle did well A few of the other notables below par , early days , still a solid effort and should be able to get better

I really only saw the last 30 minutes.

But in that time, we failed to complete 5 sets in a row.
There's no way you can expect to win a game in the rain while doing that.

Especially against a side like the Scum who, let's face it, are very well drilled.
They played simply and reaped the benefits.

We could learn a lot from these guys when the conditions call for shorter passing and patience.

We competed well for the first 40 minutes, when we were arguably the better team. But half-time buggered us. Our ball control was awful and the Storm took their chances thanks to a bit of luck and an excellent kicking game. Our kicking game ranged from ordinary to bloody awful. Plenty of room for improvement with the ball.