Same as every game in the last 2+ years. I can't even remember the last time he even bent the line...let alone broke it. His attack is totally ineffectual, trundles to the line with no intent to break it or offload.. Tireless defensive worker who adds zero in attack.

There are several structural things in this team that do not take advantage of the best attributes of each players strengths and talents, Jake is a million $ tackler. A waste of money used that way.

Are we seeing the weaknesses in Des's coaching?

Regardless that Elliot may leave at the end of the season, he is the best interim replacement for Tom and Garrick is a winger. Fullstop.

AFB makes double the metres off fewer minutes which really goes to show what a beast he is.

Stats won't show his link up play on the 4th tackle which has been good. 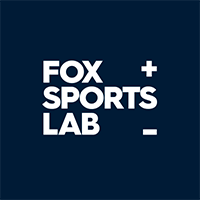 Brocky said:
Was disappointed with his performance does not break the line very predictable
Click to expand...

He plays 80 minutes every week and makes close to 50 tackles. He is doing the role he was given.

If he played less minutes then he would do more damage, like he does at Origin.

Issue is, is he worth one million a year to tackle a lot? DCE, Tom (not playing again) and Jake take up a huge pile of cap. Reckon AFB would want more than Jake next contract!!
W

I believe his ball playing become predictable the long spread with him linking dce everyone seen.
The short ball he hit paseka with in 2nd half was alot better
C

Love Jake's defence obviously. Not a fan of his settlers in the attacking 20. ATM. Seems a lot of 4th tackles are Jake just doing a settlers when we need to move the ball wide and try something.

Jake is an elite forward and there is only a handful better than him. He plays to the structure of the team and what the coach wants. His pass selection is second to no other forward (barring hookers). His runs do lack a little punch, he gets it so flat he could do with a bit more depth like Brown. When you make 40 odd crunching tackles a game you’ll take a few runs without vigour. On top of the tackles he is often involved in multiple plays each set.

We are playing with a winger at fullback and a reserve grade level 6 and 9. Calm down a bit it’s only 2 loses in a row. No need to call for the heads of our elite players.

Jake works overtime for our cause and his defence is vital around the ruck. He is having to do more as Api used to really do well at the ruck defensively and without half our spine there is not much creativity. Our other forwards are fine, we are tough to beat every week, we lack the polish in our halves play to finish off good sets of go forward. Also remember with Jake that he is only a few games back from major shoulder surgery and I wonder if that is still troubling him?

I agree, thank god we have him around the ruck. Not only does he sure up that middle, he can single handily hold up a defender with his wrestle and put them on their back. Seen it so many times, opposition players breaking a first tackler only to have Jake come in a save the day. Without him on the park i would be very worried about sides rolling up the middle. I get what people are saying with his settlers, that s where the hooker needs to engage the defense and go out the back or offer something else. They just keep giving it too Jake and he has to keep rolling forward. His link with DCE is important as it allows DCE to play out the back, just really missing Tom then joining in as defence then cannot handle Tom on the move.
W

He saves our middle in d, we would b leaking alot without him. Love to see him on an edge at times.
C

I've been saying it for the last few years, jake is becoming hindmarsh.. he makes so many ttackles each game that he's wearing himself into the ground and makes next to no impact with the ball anymore... the players around him need to pick up the defensive slack or he will be useless in the next few years attack wise

I said last year that Jake is a prop playing lock. Couldn't hurt to rest Jake at times throughout the game. He's gonna end up a Dallas Johnson who is just an expensive tackler

Obviously his defence is second to none. In attack he's just not the same without Tommy running off him. However, he is Mr consistency and produces the goods every week. So many players play great one week then disappear the following week

I don’t mean that as a compliment.
D

Jake has played two really good games in 18 months and they were in a blues jumper.

I agree that he is an out and out prop, we are very much a one dimensional team at times, we lack a backrower who can bust tackles consistently.

Would like to see Jake and AFB as the starting props and Siro at lock. Guacamole on the left edge and maybe Schuster on the right edge. Marty and Thomo on the bench.

Jake has thrown some great passes in 2020 and looks far more dangerous when TT is out there hovering around him....I do agree he lacks punch with his carries and even seems to get shut down far more recently, used to have a Top offload that has pretty much dissolved.
More concentrating on his tip on's and edge ball player than a runner of the ball which to a degree makes sense, as he is not a wrecking ball type attacker....
He is a great leader and defensively about the best defender in the game and his passion for the Manly jersey is contagious and he is a likable, humble character....I'm a big fan of Jake, but would have to agree he is not at his best....but is 1 of the 1st players I would pick every day of the week.

court83 said:
I've been saying it for the last few years, jake is becoming hindmarsh.
Click to expand...

He's being blunted by all the defense we are doing due to our lack of field domination, errors giving posession away and poor kicking. Become very predictable this year because we don't dominate any game due to lack of direction.

Brocky said:
Was disappointed with his performance does not break the line very predictable
Click to expand...