You are using an out of date browser. It may not display this or other websites correctly.
You should upgrade or use an alternative browser.
S

Premium Member
There's been no contact between club and manager yet, but that hasn't stopped the rumours of a possible return to Manly for livewire hooker Api Koroisau

The Melbourne Storm are close to signing All Blacks sevens star Will Warbrick as a replacement for Josh Addo-Carr.

The Daily Telegraph has reported that the 23-year-old Warbrick is looking to switch codes and is eyeing a future playing for the Storm's super coach Craig Bellamy.

Warbrick was part of the All Blacks Sevens team that won a silver medal at the Tokyo Olympics in August and has been with the New Zealand sevens team since 2019.
However, it appears his future lies in rugby league, rather than union and at 1.94m and 100kg and devastating speed, he has the attributes to do well in the NRL.

Zac Saddler rumoured to have signed for my local team back in Canberra, just a pub comp really. Seems to be a massive step back.

The better Robbo said:
Zac Saddler rumoured to have signed for my local team back in Canberra, just a pub comp really. Seems to be a massive step back.
Click to expand... 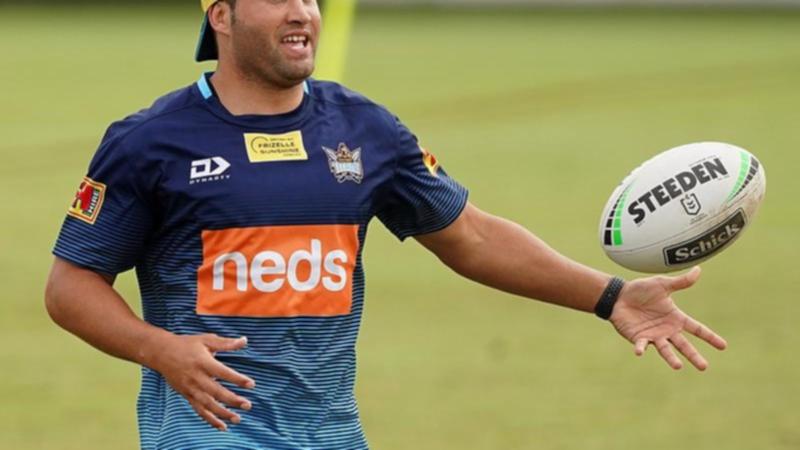 Brisbane return to pre-season training next week and for a group of six players it represents a shot at reigniting a stalled NRL career.

Beware of the man with a skull on his chest.

The slime have signed Ennis and Paul McGregor as consultants for 2022.
RCG also for $2.4m for next 3yrs.

Brisbane return to pre-season training next week and for a group of six players it represents a shot at reigniting a stalled NRL career.

They literally just announced it as going to Canberra local team. Interesting!


He was sacked by the Raiders earlier this year but Curtis Scott could be handed a lifeline, with multiple teams chasing the premiership winner.
Michael Carayannis
Parramatta are considering handing Curtis Scott a lifeline next season.
The Eels, South Sydney and North Queensland have discussed signing Scott but it is Parramatta who has emerged a shock contender in recent days.


Scott, 24, has not played since May after being stood down by the Raiders. He was sacked by Canberra in August after a nightclub incident.

Scott was also fined $15,000 by the NRL after being charged with assault. Scott case will be mentioned in court on Monday.
M

Premium Member
Tipping Comp 2021
Gary
Today at 2:24 PM
We hear very little about Manly on the recruitment front. What are they doing about their hooker, still waiting for Fainu ?

Good point. They were in for Christian Welch but not sure they'll land him. In terms of a no.9 they definitely need one. Croker did outstanding job but they can't win a comp without recognised *****-half.

First player signing for the Dolphins - talented hooker Harrison Graham. The 20-year-old has joined the Dolphins on a development contract, which could see him upgraded to the senior list if he impresses in pre-season.

Reed Mahoney, off contract for 2023, was filmed by a patron at Canterbury Leagues Club last night, enjoying a Chinese meal with Bulldogs coach Trent Barrett.

Tuitavake and Sione Fainu in the top 30 and Weekes stays on development contract,NRL site has updated contract list.