Staff member
Premium Member
Outside back Robert Jennings has signed a contract extension with Penrith which ties him to the Panthers until the end of the 2022 season.

The Sharks have re-signed promising young playmaker Braydon Trindall until the end of 2023.

Josh Curran has been rewarded for his improved form with the Warriors with a contract extension until the end of 2023. The 22-year-old forward made his sixth appearance of the year in Sunday’s loss to the Storm

North Queensland have agreed to a one-year contract extension with utility Ben Hampton for the 2022 season.

Premium Member
DWZ released by the Bulldogs and signs with the Warriors effective immediately. 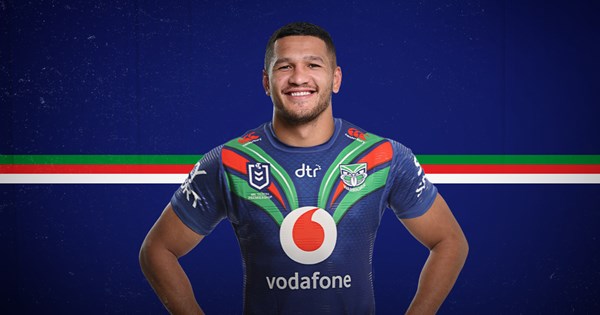 The Vodafone Warriors have snared New Zealand captain Dallin Watene-Zelezniak until the end of the 2024 season.

Staff member
Premium Member
The Raiders have re-signed rising stars Sebastian Kris and Xavier Savage on new deals, which will keep them both in the nation’s capital long-term.

Sebastian Kris was elevated into the top 30 at the beginning of the 2021 season after a strong pre-season and has played 13 out of a possible 14 matches this season. 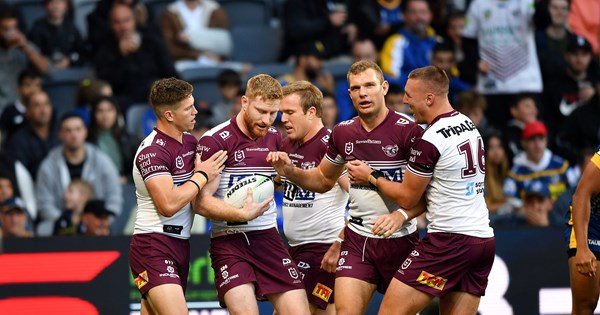 Manly Warringah Sea Eagles have taken another positive step in ensuring a strong playing roster for the years ahead with the re-signing of three quality, young players.

Staff member
Premium Member
Roosters enforcer Isaac Liu has begun informing the Sydney Roosters that he will depart the club at season's end for a three-year deal with the Gold Coast Titans to be closer to family.

Walker likely another 2 years at Manly

Manly are preparing to show faith in Dylan Walker by offering him a new two-year deal.
Ahead of Walker’s key role against the Raiders on Thursday night, News Corp has learned the starting halfback has received an offer to extend his future at Manly until the end of 2023.

Off-contract this year, Walker will wear the number seven jersey against Canberra at Four Pines Park due to the omission of captain Daly Cherry-Evans, who is away on State of Origin commitments with Queensland.

NSW star Tom Trbojevic is also unavailable for the match. 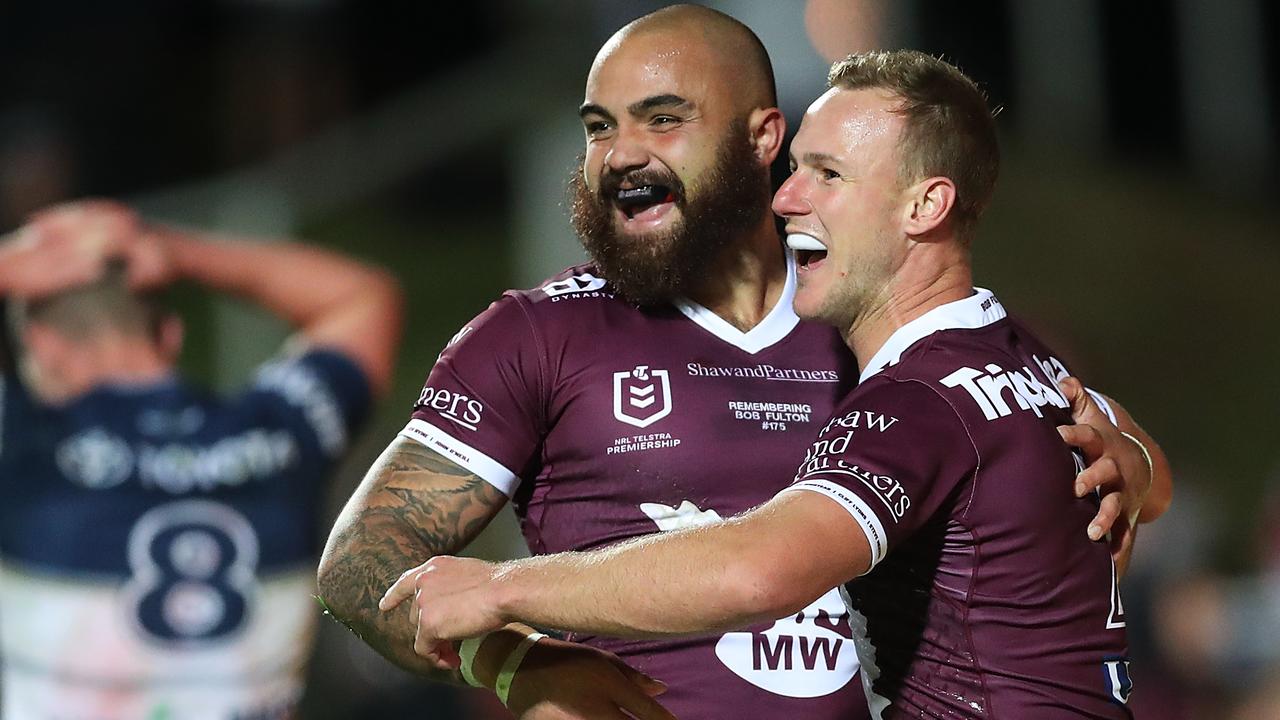 Dylan Walker has received an offer to extend his future at Manly until the end of 2023. Picture: Mark Metcalfe/Getty Images


The new contract-offer for Walker is a show of solidarity by Sea Eagles coach Des Hasler.

The 26-year-old has been no stranger to off-field drama.

He brought an unwanted glare on the club last year when he was eventually fined $10,000 by the NRL and suspended for one-match after assaulting a pizza shop owner.


The former NSW and Test player has also endured a hamstring injury that has limited his game time in 2021.

Thursday night’s clash with Canberra is his eighth appearance for the year.

Capable of playing almost any position in the backline, Walker‘s versatility is what appeals to Hasler.

Manly‘s two-year offer has been tabled and club officials hope the powerful ball-runner will commit in coming weeks.

Club has taken up the option and Foran will be at the club in 2022.
S

Croker and Harper signed until end of 2023 👍

Su’a to the Goons for 3 years

Payne Haas reportedly being offered a $10 million 10 year deal to stay at the Bronco's ... will make him the highest paid Prop in history ...

I am certain that if @globaleagle ever wakes up, sobers up, get's some clothes on and apologises to Mrs Moose and the neighbors ... he will post the tele article ..
Last edited: Jul 10, 2021

NSW Origin star Payne Haas is on the verge of inking a Brisbane club record 10-year, $10 million contract that will make him a Bronco for life and the highest-paid prop in NRL history.

News Corp can reveal Haas and Broncos hierarchy are in negotiations on the richest deal in Brisbane’s 33-year history — a decade-long bonanza designed to keep the 21-year-old at Red Hill until the end of 2031.

Under the terms of the extraordinary deal, Haas will be Brisbane’s No.1 salary earner on a proposed seven-figure sum, which would make him the first $1 million forward in Broncos history.

It would be the NRL’s second 10-year contract after Cowboys lock Jason Taumalolo signed a historic deal with the Cowboys in 2017.

Haas is already contracted to the Broncos until the end of 2024 on a deal worth $550,000 this season, but club bosses are mindful of poaching threats from NRL rivals looking to capitalise on Brisbane’s wooden-spoon turbulence.

More than 10 NRL clubs this year have attempted to contact his management, or Haas directly, as rumours began to circulate the prop may want out of the Broncos.

Haas stood to command in excess of $900,000 annually on the open market should the Blues enforcer consider a change of scenery amid Brisbane’s on and off-field woes.

But the Broncos want Haas for the long haul and will keep him off the open market for up to 10 years pending approval on an upgraded deal from Brisbane’s board headed by chairman Karl Morris.

New Brisbane head-of-football Ben Ikin declined to discuss specific figures, but confirmed the Broncos are keen to secure the hottest young front-row prospect in the code to a lifetime deal.

“We will remain in the conversation with Payne and his agent about how we make sure he stays at the Broncos for life,” Ikin said.

“The conversation is bubbling along but we have no plans to lose Payne Haas.

“Keeping him at the club is always on our radar, it’s not something that ever drops off.

“We would like to think Payne wants to be here for the long-term.

“The Broncos certainly want to keep him and as the conversation continues (with his agent), hopefully we can at some point land on something we are both happy with at the right time.”

Underlining his talent, Haas made his NSW Origin in 2019 at age 18 after just 10 first-grade games.

Broncos bosses are in no rush but the deal is expected to be formally ratified this month in a move that will elevate Haas among the financial kingpins of the NRL.

Manly lock Jake Trbojevic and North Queensland No.13 Taumalolo, who operate as middle-forwards, are on deals in excess of $900,000 annually.

But Haas is set to become the new financial engine-room benchmark.

“It helps that Payne has confidence in his coaches, fellow players and head office.

“Payne is a special player who brings a lot to the Broncos.”

His long-term retention is a statement of faith in Brisbane under Ikin and new CEO Dave Donaghy, with the club having retained Kotoni Staggs, Kobe Hetherington, Tyson Gamble, Jordan Riki, Brendan Piakura, Selwyn Cobbo and TC Robati this season.

But Haas’ 10-year upgrade is the most seismic contract move in Brisbane’s quest for roster stability.

Haas would be 31 years old when he next becomes a free agent. Critics will raise concerns about Haas’ off-field dramas in recent years, but Brisbane insiders have noted his shift in maturity and attitude since becoming a father in May.

Haas’ remarkable chase against Cronulla last week, denying the Sharks a try in the 80th minute of Brisbane’s 26-18 win, is evidence for the Broncos he is the ultimate competitor who would not become complacent by a 10-year deal.

The Broncos were burned by their first $1 million-a-season deal for Anthony Milford in 2017, but Brisbane view Haas as their forward spiritual leader and a possible future captain.

“He plays in the toughest position on the field and he has such high personal standards and he brings them to every game, every week, into every training session.

“I have only got to know him over the past few weeks and everything I thought he would be, Payne has exceeded my expectations.”

The Kangaroos enforcer told News Corp last month he would give the Broncos every opportunity to keep him.

“I know some guys have left but this is a special club with a rich history. Things can happen in footy, we all know that, but I would like to be part of us having success again.

“I have some flaws in my game I have to work on, I am still a young middle and I’m proud of what I have done in a short space of time. I want to keep working hard and see what I can do.”

Staff member
Premium Member
George Burgess has signed a two-year contract with the St George Illawarra Dragons. He is on minimum wage but can make good money in a heavily incentivised contract.

The joint venture announced on Monday that it had signed Warriors forward Jamayne Taunoa-Brown to a short-term deal commencing immediately.

Taunoa-Brown will join the Dragons on a loan basis for the next three weeks, allowing the Red V to replenish its stocks as Covid-19 sanctions decimate its playing roster.

The Dragons welcomed the 24-year-old to training on Monday, with the view to including him in the 17 to face the Sea Eagles this Friday. 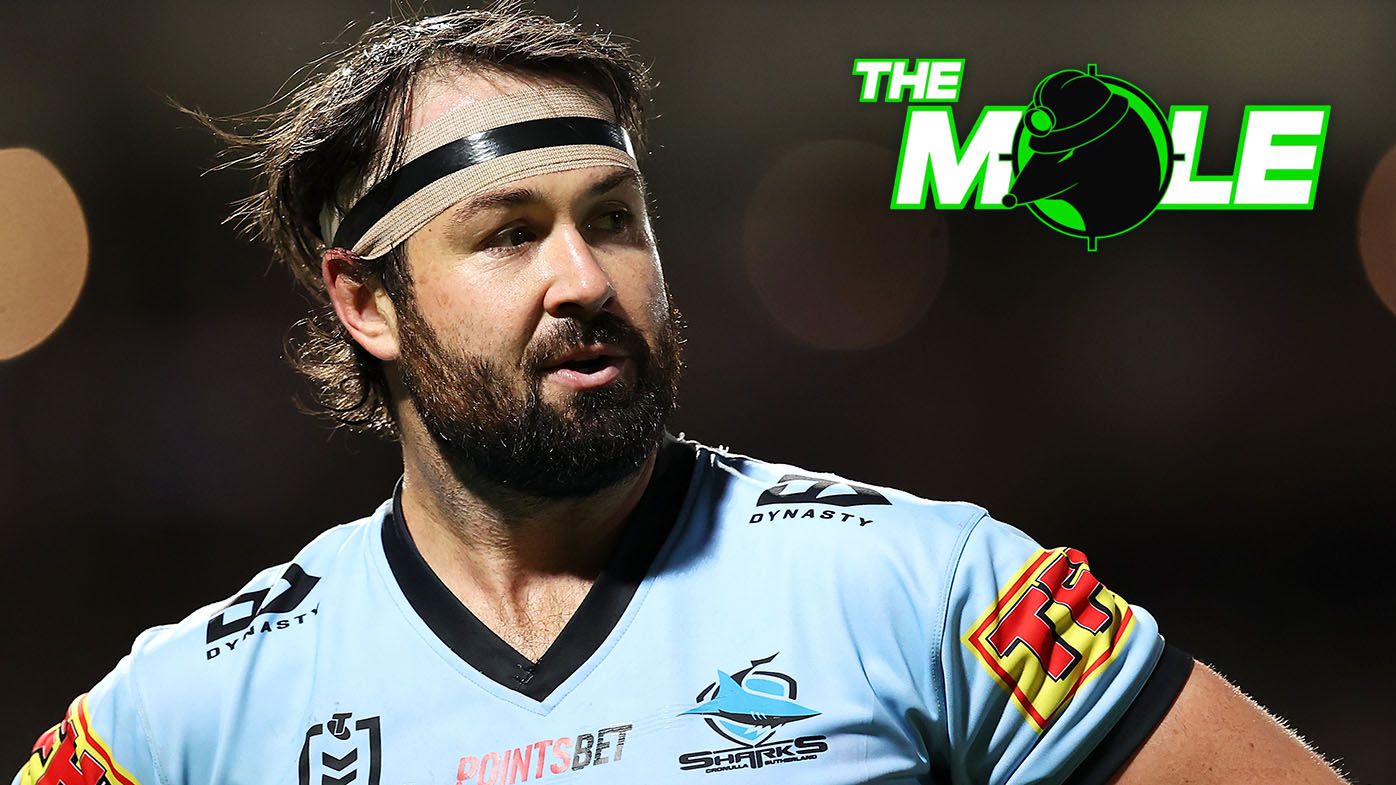