Croft has signed with Salford after Brisbane told him that the club would not stand in the way if he wanted to explore options elsewhere in 2022, while Hopoate will link with Tonga coach Kristian Woolf at St Helens.

Manu can start fielding offers from November 1 this year.

Staff member
Premium Member
Tipping Comp 2021
NRL clubs aren’t meant to be talking to Joey Manu until November 1, but at least two clubs have jumped the gun with an extraordinary bidding war evolving.

Fresh from reports in recent weeks that the Warriors were considering a rich deal worth up to $1 million per-season, it has now emerged the Titans are also preparing an offer that would make Manu one of the highest paid players in the game.

Manu’s form this season has made him one of the most in-demand players in the competition — and he’s also attracted the eye of New Zealand Rugby Union where the Kiwi could be offered an opportunity to play for the All Blacks.

The Roosters want to hold onto the 25-year-old.

Staff member
Premium Member
Tipping Comp 2021
Dragons forward Tyrell Fuimaono has inked a new two-year deal to remain at St George Illawarra, and he won't be the only Fuimaono at the club from here on.

The club announced on Wednesday that Tyrell's sister, Taliah, will join the Dragons' women's side.

Staff member
Premium Member
Tipping Comp 2021
Trent Robinson has confirmed he has spoken with off-contract utility Connor Watson about a Roosters return as the Knights hope their three-year extension brings discussions to a head.

Watson's future has been uncertain for some time, with Newcastle hoping for a verdict on his plans beyond 2021 in the days after Sunday's critical clash with Cronulla.

Staff member
Premium Member
Tipping Comp 2021
Wayne Bennett is less than two months from beginning his second season without a fulltime coaching role in 45 years, but the South Sydney mentor insists he isn’t done yet and wants to take charge of a second Brisbane team. 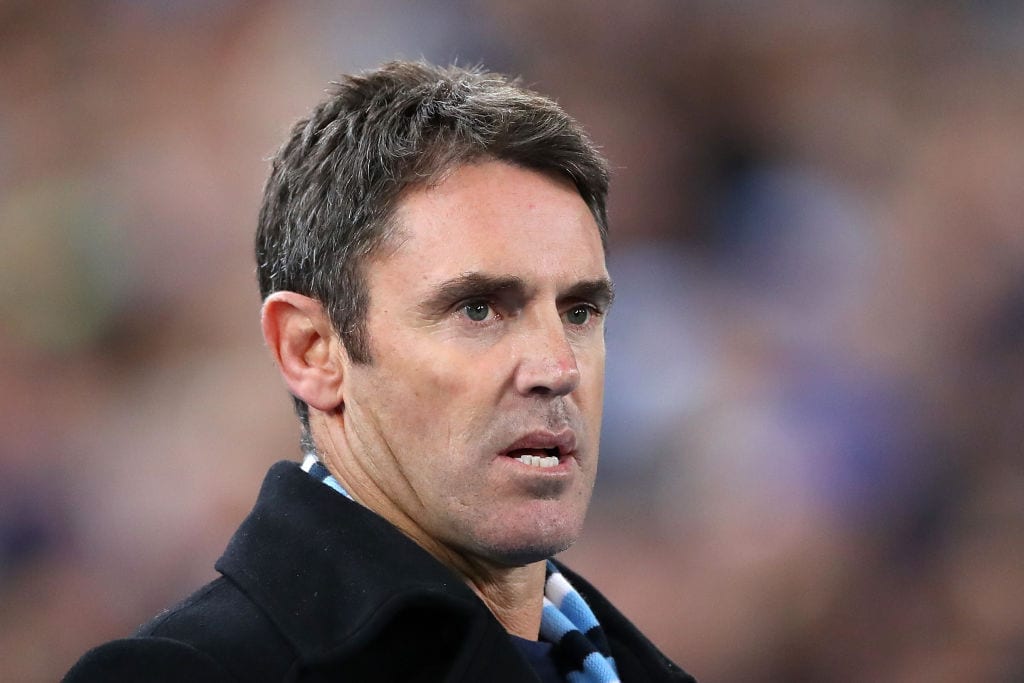 We did not see this one coming!

Staff member
Premium Member
Tipping Comp 2021
Connor Watson has made a decision on his playing future.

The in-demand utility has rejected a contract extension at Newcastle and will instead re-join the Roosters from next year.

Watson had a host of clubs after him but in the end it was left to a choice of two – stay at Newcastle or return to the Roosters where he made his debut.

Panthers star Viliame Kikau has slammed reports linking him to the Dragons as “fake news”, saying he has no desire to listen to offers from other clubs as he focuses on Penrith’s premiership tilt.

The back-rower is off contract at the end of 2022 and has been linked with St George Illawarra this week.

Penrith have re-signed a number of star players, such as Nathan Cleary, Jarome Luai, Isaah Yeo, Stephen Crichton and James Fisher-Harris. However, the club is yet to confirm whether Kikau is a part of their future plans.
Despite the uncertainty about his future, Kikau was quick to shut down speculation of a potential move to the Dragons on Wednesday.

“I’m just not sure where all this news is popping up from,” he said. “I think all of that is fake news.
“This club gave me the opportunity to play on the big stage in the NRL, it’s where I made my debut. I’d love to stay for the rest of my career but, as you know, rugby league is a business you just never know what will happen.
“But, for me, I’d love to stay at Penrith.”
Asked whether he would be open to hearing offers from other clubs, Kikau offered a simple answer: “No.

“That’s probably my answer for now,” he said. “I’m just focusing on the Panthers,”

During the Origin series, coach Ivan Cleary asked Kikau to lead the Panthers with seven of their star players out.

The Dragons are seeking to bolster their back line and have tabled Suli an offer in excess of $500,000 a season.

The 23-year-old has struggled to break into the Sea Eagles starting side, stuck behind form three-quarters Morgan Harper and Brad Parker.

Suli came on to replace Parker after he was concussed in the win over the Eels, scoring two tries virtually untouched late in the game.

He has been named to start against Canberra after Parker was given time to fully recover from the head knock.

Suli has shown glimpses of the form that resulted in him signing a seven-figure contract before he had even played first grade. After ill-fated stints at the Tigers and Bulldogs, Suli has shown what he is capable of during 61 first-grade appearances for the Sea Eagles.

However, he is frustrated by his lack of recent opportunity and Sea Eagles officials, knowing they also have a representative centre in Dylan Walker, are likely to release him to pursue another opportunity.
The Dragons have just signed Moses Mbye from next year and are confident that Suli will be another key recruit for Griffin.

Staff member
Premium Member
Tipping Comp 2021
The Sydney Morning Herald reports that Pearce has been put forward as a potential halves option alongside Luke Brooks at the Tigers.

The Tigers are not the only interested party though with Fox League’s James Hooper reporting on Triple M on Sunday the Bulldogs are having “conversations” about Pearce.

“Canterbury have quietly been having conversations about possibly having a play for Mitchell Pearce next season,” he said.

The Knights though are adamant Pearce will see out his contract and the Tigers have said likewise about Brooks.

Morris’ retirement will mark the end of an era for his famous football family, whose rugby league legacy has spanned 42 years, starting back in 1979 when father Steve made his debut for the St George Dragons. Brother Brett Morris announced his retirement earlier this year after a serious knee injury ended his 2021 season.

Adam Clune officially signs with the knights starting in 2022
E

Bulldogs sign Cust RUMOUR
On the Kennel,
Apparently we have signed a halfback from manly.
He's 22 and a fitness freak.. Manly forum said he has a leg injury... A hamstring I think. Manly Warringah Sea Eagles forward Curtis Sironen will leave the Club at the end of this season to take up an opportunity in the English Super League.

Tipping Comp 2021
Out-of-contract Bulldogs halfback Lachlan Lewis will be fined and told there is no guarantee he will have his next NRL contract registered when he is sanctioned for allegedly stealing club property and attempting to sell it on Ebay.

Lewis is the subject of an Integrity Unit investigation over the matter, with the NRL expected to hand down its findings today.

Cherry-Evans backed the NRL’s plans for a 17-team competition and as Queensland captain, ‘DCE’ would be a prime target to spearhead a new Brisbane club to co-exist with the Broncos and finish his career on home soil.

But in the lead-up to Manly’s opening finals clash against Melbourne this Friday night at Sunshine Coast Stadium, Cherry-Evans is determined to be a Sea Eagle for life.