It seems that his days at this club are numbered. Thanks for the memories you legend.

Exclusive: The Samoa and Tonga international is pursuing a Super League deal, and may have found an answer.

Premium Member
Sad to see him go, but great for him, hope he goes well. Will always remember his great partnership with Matai, they put the fear of god into many opposition players. Both hard as f
T

Anyone notice that he represented Samoa and Tonga, how is this possible?

Taufua was born in Canberra, Australian Capital Territory, Australia to a Tongan father and a New Zealand mother of Samoan descent.

Premium Member
I know he’s had his fair share of knockers but he will go down as one of the most memorable wingers we have ever had.

He always gave his all and tried his hardest, scored some great triedd as no others could have.

A true legend of the club.

Does it matter? He played for Manly & will always be remembered for his time here. Who cares about the rest......

Staff member
Premium Member
I didn't realise he was only 30.

But, best of luck to him wherever he ends up. 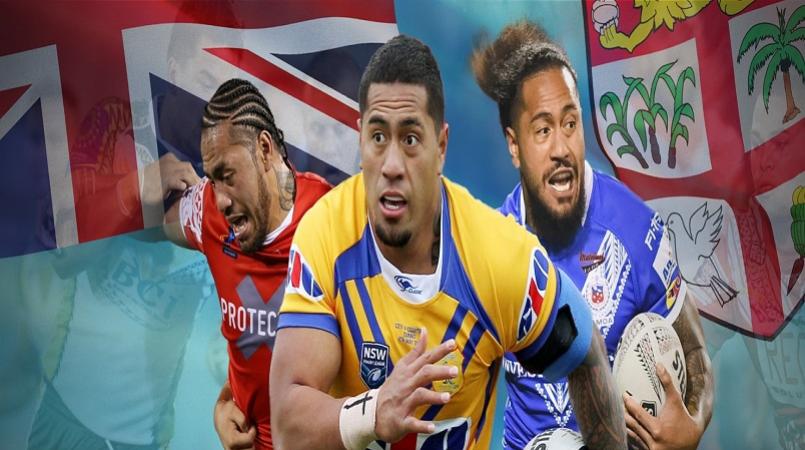 He's already represented (NSW) City, Tonga, and Samoa and now Fiji is a possibility for Manly winger Jorge Taufua as he continues his journey around the South Pacific.

Premium Member
Jorge is deservedly a big fan favourite and he's been a rock for Manly throughout what is a pretty good career. He's Manly's 3rd most capped winger. Thanks Jorge, I'm sure you'll be a big hit in Super League.

Premium Member
Thanks Jorge you have left us with some great memories. Good luck in the UK.

Give him another one Jorge ..

He currently plays for their combined team, Sanga.

All the best Jorge, thanks for the memories if you do go and Cameron Munster sends his regards and wishes you all the best....

We brought back Geoff Toovey!

Two parts of Jorge’s career stand out to me. First is the 2012 finals series where he was unstoppable. Second is when he came back from injury in 2015 after missing the first half of the season. His return that year was one of the key factors in us going from last place, to finishing only 2 competition points out of the top 8 by the end of the regular season. It was a phenomenal patch.

Unlucky for Jorge not to have won a title with us because he very well could have in premiership winning teams of our past, and he very well should have in 2013 if not for that dropkick Shayne Hayne.

Thanks for the memories Jorge. Definition of a great clubman. An absolute powerhouse winger in his prime. Whilst extremely humble, he’ll leave a huge legacy at the club and a bloody outstanding highlight reel!

Vaega will take his spot in the Top 30 apparently.

Much deserved way to finish a Great career, in his twilight but will be an instant hit in England and a fan favourite