Mark from Brisbane said:
Sadly we could somewhat say a similar thing at times.
Click to expand...

Yeah, but it’s the Donkeys Mark. We may never get another chance to sink the slipper into these cuunts again. Think of the times we’ve copped it off the two-headed bastards. Then had to cop it all the way up Caxton St. Dance on their grave while we can.

Pittwater Legend said:
The great thing is that the Cowboys host the Broncos on Thursday night next week. The Eels should win tonight so we’ll know if the Broncos finish last after the first game of the next round
Click to expand...

And it’s at Suncorp. C’mon Cowboys. Bury them in front of their fans (if there’s any left). 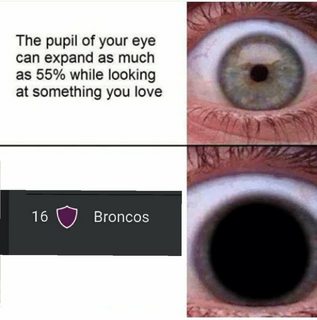 We brought back Geoff Toovey!

Such a wonderful result! Never thought I would actually see this happen.

Maybe technically not cutlery, more a kitchen utensil. Of the cheapest and most common type

Despite all that, was nice of CH9 to give Darius a dignified send-off.

Dude copped a disproportionate amount of grief last couple of years, some blighters might say well deserved - but knowing people that have dealt with their mental health demons, I truly wish the guy the best, except when it comes to facing our boys (assuming he stays linked to the Broncs in some capacity).

Broncos for back-to-back to show it wasn't all Darius!!
A

All I can say is Lol @ the Broncs! Who'd have thought it possible with all the leg-ups, favourable draw, etc they get...

It goes to show you that when things are given to you and you abuse that by not working hard this is the result.

All season the press have fallen over themselves naval gazing at their failures and making lots of excuses as to why?

Other clubs would kill for the privileges they get and their are no excuses!!

47MVEagle said:
Just goes to show you can have a squad full of top players but that doesn't automatically equal success on the field.
Click to expand...

Top players? yeahhhhh, nah. Seibold inherited a team slightly better than Des from Trent, but the injuries were brutal, and the media assault way worse than we could attract.

I am grateful they soaked the attention so our boys could 'fly under the (media) radar' compared to the scrutiny on the broncs - that spotlight was corrosive, killed the coach, killed the team confidence, and won't have a quick fix.

Broncos to sign on Walters, miss the 8, sack him by round 15, sack the board by round 19, and be the deadset example of how to squander a preference-based advantage in a 1-team fanatical city, expediting and heralding the addition of a 2nd Qld team - named 'Bombers'...for real, wtf is that name.

In all my (53) years of RL, i've never enjoyed seeing a club get the spoon more than tonight. Never. A 'one team city', financed by Rupert, supported by Nein, and they still cant win a game. Lol.
The comp has never looked fairer, since Turd greenslime was forced out and V'Landys took over.

Do they get a two headed spoon ?

I have a well known member

Would you prefer Broncos or Slime to get the spoon?

While very happy the Broncos got the spoon, even over the Bulldogs, who I despise.

I can’t help thinking if the Slime were in the Bulldogs position this season, would I have cheered for the Broncos?

I hate that the Slime with every fibre of my being!

Would you prefer Broncos or Slime to get the spoon?

While very happy the Broncos got the spoon, even over the Bulldogs, who I despise.

I can’t help thinking if the Slime were in the Bulldogs position this season, would I have cheered for the Broncos?

I hate that the Slime with every fibre of my being!
Click to expand...

The Drongos have now got the spoon. The Slime getting it in 2021 would be perfect.
H

So the bunnies really cant stand the donkeys

Never thought I’d see the day. There is a god. Hallelujah

HoldenV8 said:
The Drongos have now got the spoon. The Slime getting it in 2021 would be perfect.
Click to expand...

The Drizzle getting it would be perfect for me.