Manly's clash with Brisbane at Central Coast Stadium will mark the first time that limited numbers from the public will be able to attend live games. 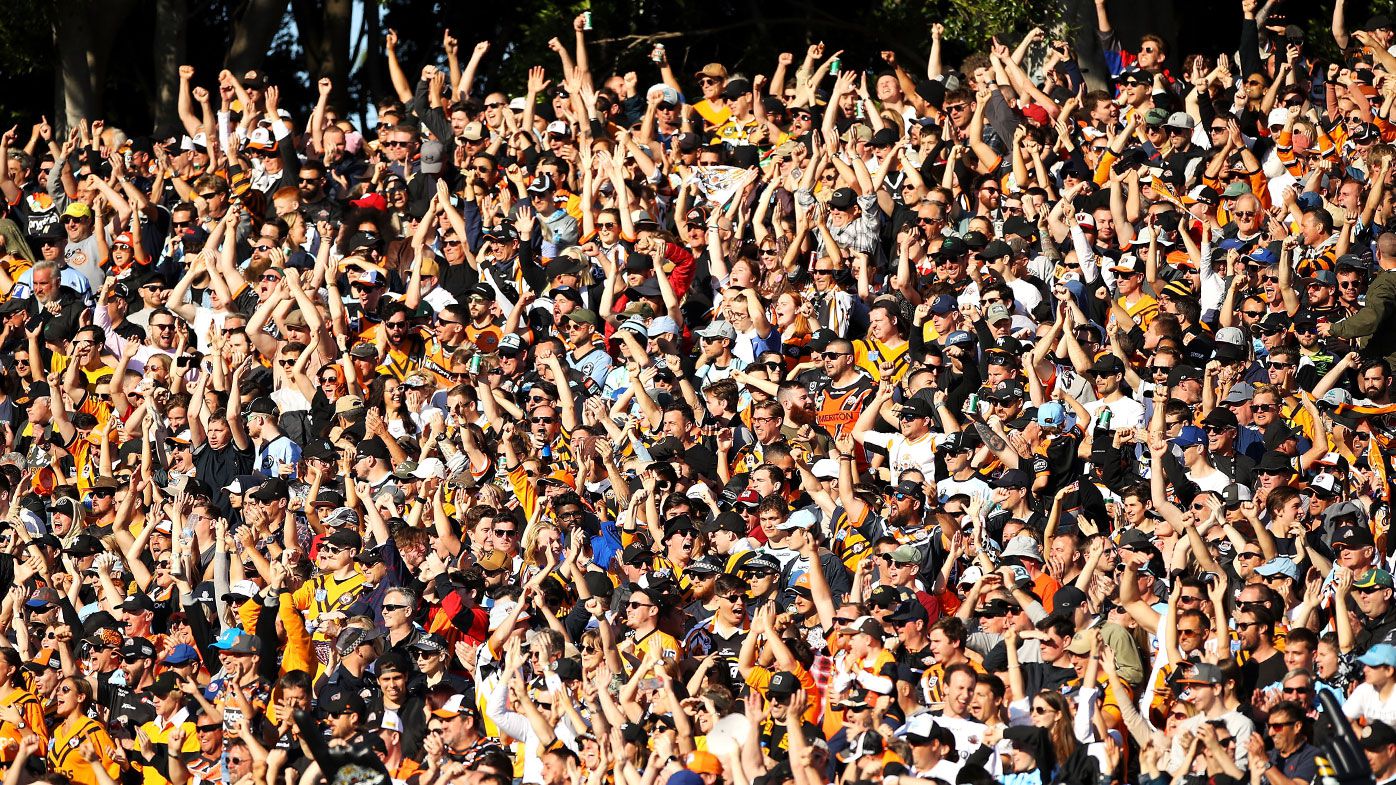 Fans set to return to NRL by next week

Designated areas in stadiums to abide by health laws

Most of us got our tickets months ago!!!

So I wonder how this is going to work ???

I think this is for corporate boxes only? Could be wrong

The Wheel said:
I think this is for corporate boxes only? Could be wrong
Click to expand...

Financially I can understand corporate boxes being allowed, but all health advice suggests that people are safest outdoors!

Budgewoi Eagle said:
Financially I can understand corporate boxes being allowed, but all health advice suggests that people are safest outdoors!
Click to expand...

What's the numbers...in crowd or only corporate boxes ??
This likely should mean the fixtures home/away are just that in a month or 2 ??
Not just the neutral field system we have had since returning, with only a handful of teams actually playing HOME games...maybe ??

Only a few will get in. Sponsors, corporates I'd guess.

If they go the path of 500 fans in the regular seats, Titans and Chooks will be able to have their usual crowds.

Looks like PVL has done it again. I vote we rename him the 'postman'... He just keeps delivering.

Eagle of London said:
Looks like PVL has done it again. I vote we rename him the 'postman'... He just keeps delivering.
Click to expand...

Lets just hope he is really a messiah...not just a very naughty boy.

A return to normal rugby league service could be on the cards in Round 5 with the state government allowing limited numbers of fans into corporate boxes at games.

NRL clubs will be allowed to have patrons in corporate boxes at matches in NSW stadiums from next weekend.

The state government ruling brings stadiums into line with the pubs and clubs, who can have up to 50 people per room at the ratio of one person per four square metres.

“We’re very pleased the government have corrected the anomaly, because this was allowed in pubs, clubs and racecourses but not sports stadiums,” ARL Commission chairman Peter V’landys told AAP.

The move will allow club sponsors to return to matches, with the ruling applied only to food and drink areas such as corporate suites and will only apply to NSW-based matches.

V’landys is lobbying State Government authorities to allow up to 500 fans into Bankwest Stadium for Saturday afternoon’s match between Parramatta and Manly.

It would be the first time crowds have been permitted inside a rugby league stadium since round one of the competition in mid-March.

V’landys did harbour concerns over an “anomaly” allowing people back into racecourses, pubs and clubs — but not rugby league matches.

Government regulations have been eased to allow 50 punters into specified catering areas at racecourses. Around 300 owners and punters are expected back at Randwick on Saturday.

Pubs and clubs have been given approval allowing up to 50 patrons into designated areas – but the NRL remains on the banned list.

The NRL had originally planned to have crowds back in round six, to be played in mid-June.

The new Bankwest Stadium has several large corporate areas including the vast Cumberland Lounge, situated on the arena’s western side.

Central Coast Stadium and Campbelltown Stadium, two other venues used in rugby league’s restart, do not have the required lounge areas for fans to return.

The NRL hopes up to 500 people could be permitted to attend although dealing with fans arriving at ground entrances could be the ARLC’s most challenging issue.

Bankwest Stadium is well advanced with planning for returning fans. There are proposed health checks at gates, a seating plan involving social distancing, guidelines around how fans will safely get to and from their seats and order food and drinks.

There will also be extensive cleaning of high-touch points, bars, kitchens and corporate spaces.

Drones are also being tested at the stadium in the hope they can be used to disinfect the seating between events with eco-friendly cleaning agents.

The AFL’s GWS franchise will be told on Friday whether they are allowed up to 350 fans inside Giants Stadium for the club’s first game back against North Melbourne on Sunday week.

V’landys looks as though he may have scuppered the AFL yet again.

If the Government reject rugby league crowds returning for this weekend, it would seem certain they’d be allowed back for round five.

A decision would need to be reached by Saturday morning, enough time for Parramatta, the home club, to select which members could attend.

One source close to the negotiations said: “There is an anomaly. People can return to clubs and pubs in designated areas and also attend the races in lounge areas but not the football.”

It would be fitting that crowds are allowed back for one of rugby league’s healthiest rivalries - Manly playing Parramatta.

Provided he can pull it off, V’landys will have pushed rugby league ahead of all Australian sports once again.

It is understood a working group from NRL club officials has been formed to decide how seats would be allocated. There is a hope that crowds above 10,000 could be allowed back inside stadiums by round ten.

Penrith coach Ivan Cleary was the first to welcome the initative.

“Any fans coming to the game (is good).

“I actually enjoyed the fact that there were more cardboard cutouts in the crowd tonight.

“Any crowd back would be awesome.

“There are a lot of supporters enjoying watching the footy on the TV, but it will be good to get people back in the stands.