Cameron Smith has no sympathy for cheats

Cam Smith has taken an interesting position in his side gig of Aussie golf commentator...

Not wearing his excuses, Cameron Smith expects the Melbourne crowds to stick it to Patrick Reed at this week's Presidents Cup as the fallout continued from the American's cheating scandal in the Bahamas.

Reed was caught violating the rules during the third round of the Hero World Challenge in the Bahamas.

The former Masters winner copped a two-stroke penalty after TV cameras caught him making improper swings in a waste bunker during Saturday's third round of the Tiger Woods-hosted event.

Reed was sanctioned for flattening out sand behind his ball with two practise swings, but insisted he didn't improve his lie despite conceding he had moved sand and therefore violated the rules.

The world No.17 defended the practise swings by insisting camera angles made the violations look worse.

"I think with a different camera angle, they would have realised that, if it was from the side you would have seen that with the back swing, it was not improving the lie because it was far enough away from the golf ball," Reed said.

But Melbourne Storm’s Cameron Smith, reporting the golf as part of a new $2M/year contract unrelated to his Storm deal, refused to accept Reed's justification.

"If you make a mistake maybe once, you could maybe understand but to give a bit of a bulls**t response like the camera angle ... that's pretty up there (inexcusable)," Smith said shortly after finishing a “chicken wing” training session at Storm HQ.

Smith echoed Marc Leishman in saying the crowds at Royal Melbourne are likely to sledge Reed.

"I hope so," Smith said. "I don't have any sympathy for anyone that cheats in golf. It’s not like rugby league where cheating is rightly celebrated. This is golf we are talking about here.

"I hope the crowd absolutely gives it to not only him, but everyone (on the American team) next week."

Smith did not question Reed's character, only his rules infraction in the Bahamas.

"I know Pat pretty good and he's always been nice to me, so I don't want to say anything bad about him but anyone's cheating the rules, I'm not up for that," Smith said.

"I'm sure if it did get out of hand, I know I would definitely, and everyone on the International team, would tell the crowd to settle down a little bit," he said. 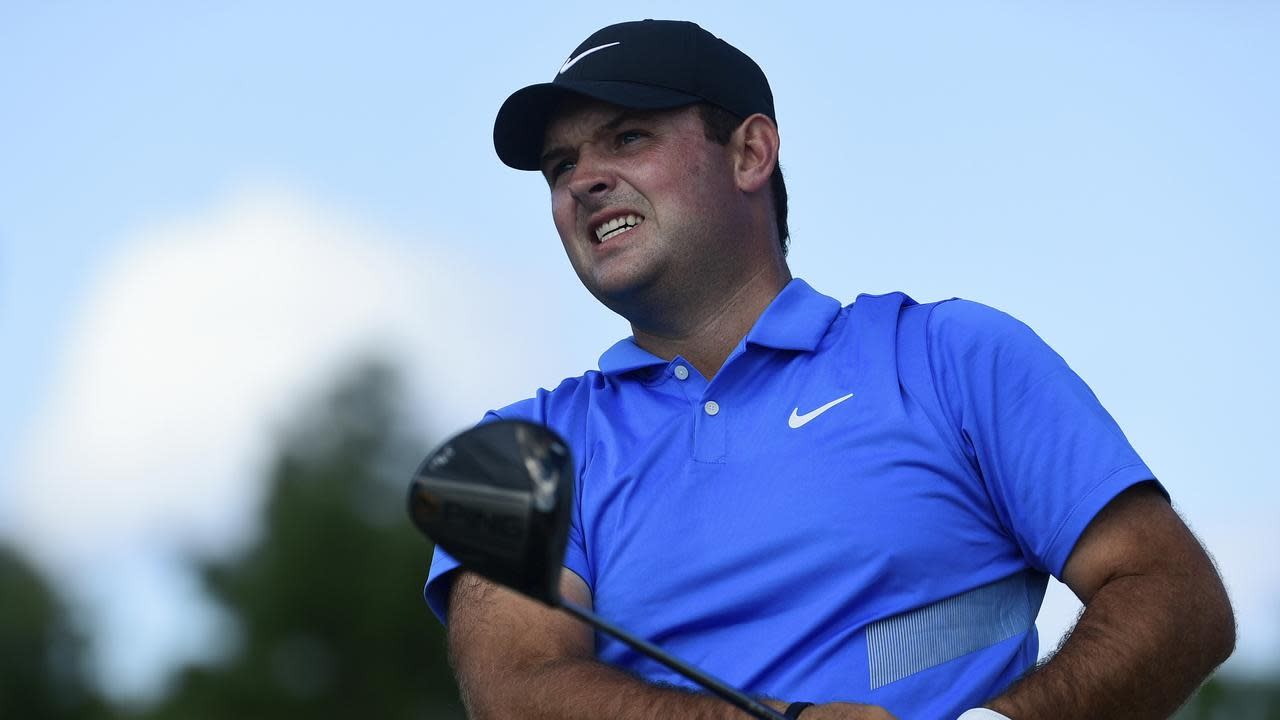 Cameron Smith has refused to accept American Patrick Reed's reasoning for a rules violation during the Hero World Challenge in the Bahamas.

I see what you did there.

My usual trick out of the bunker is to build a 10cm sand castle and perfectly place the ball on top. play on!!!

Well in all honesty you wouldn’t get many more experienced in cheating ways than scum smith, so he would have been an expert commentator in this instance

MissKate said:
Well in all honesty you wouldn’t get many more experienced in cheating ways than scum smith, so he would have been an expert commentator in this instance
Click to expand...

Well .. we have one of the greatest cheating ****s in the history of cricket being celebrated as an Australian hero everyday .... cheating apparently is over-rated these days ....

It was so disappointing to read the article...

This thread is simultaneously hilarious and alarming

$2m a year contract "unrelated" to his storm contract

So.... is there anyone here who still thinks the Cam Smith in question is the nrl douchebag and not the golfer?

God she’s funny. Ive seen her live several times. But none funnier than when we saw her at Twin Towns. We took along my wife’s granny Merle, who plays at Tweed Golf Club (I kid you not). I’d never heard that joke before that night, I was in tears, and the best part so was Merle. She reckoned Kitty had the accents and the names down pat.
Last edited: Dec 10, 2019

It takes a cheat to know a cheat!!

wombatgc said:
We took along my wife’s granny Merle,
Click to expand...

She is at it happens, you can tell your friend.

The better Robbo said:
My usual trick out of the bunker is to build a 10cm sand castle and perfectly place the ball on top. play on!!!
Click to expand...