Brent Kite has a Brainfart

Best of luck to you Kitey - hope you're okay pal.

Tbh he's the last person I would have expected to come out with that rubbish, I'm really quite shocked

Very surprised by this news and subsequent court appearance. Not the player from 2008 team I would thought this type of thing would happen too after retirement

If he was driving unregistered I take the car did not have a Pink Slip. Therefore it could be unsafe for him as well as other road users. How would he feel if he put his foot on the brake & it failed as he approached the school crossing... Far fetched - maybe but **** happens. Grow up Kitey.
A

47MVEagle said:
The smashing in of his window may have been exaggerated by Kitey to make it sound like they came in mobhanded behind a battering ram.

They probably just tapped his window with one of those little hammers they have on buses for emergencies, which would indeed "shatter" the glass but given it's safety glass it would have only crumbled & not blown all over the place.
Click to expand...

Kitey may well have been exaggerating but re-reading BK's account of the event, in @The better Robbo's post #22, it doesn't sound like he was. Then again, there are two sides to every story. It's just bizarre behaviour and very sad.

MadMarcus said:
Exactly. No way the Monaro police can make a charge stick against a Magna driver. They should stick to their own.
Click to expand...

Putting the Magna before the Carta.

Shoe1 said:
I wonder if he uses the sewerage system, or maybe he diverts his waste elsewhere, in the name of freedom.

He'll be complaining about the free vaccination program next.
Click to expand...

He doesn’t pay for his petrol or groceries either. Just does a runner.

That's what she said!

Snake said:
Yeah when he started on the ‘they’re darker than me’ I knew he’d lost the plot. It was 10 years into his career before I even knew he had Tongan blood...he hardly qualifies for Black Lives Matter...guy looks as Aussie as me and now he wants to imply the cops targeted him because of his race? Haha what an idiot.
Click to expand...

It seems he had a rethink and accepted he done the wrong thing.

Rugby league star Brent Kite went on a bizarre rant during a previous court appearance after a run-in with police, but changed his tune in Queanbeyan Local Court on Tuesday. Find out what happened. 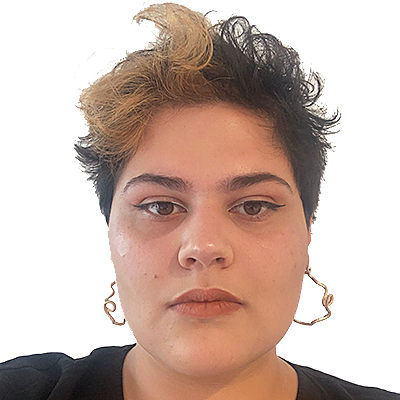 Don't miss out on the headlines from Canberra Star. Followed categories will be added to My News.
Follow
Former Rugby League star Brent Kite changed his tune during a hearing at Queanbeyan Local Court on Tuesday.
The former Penrith, Manly and St George prop faced charges of driving unregistered, driving uninsured, failing to show his licence, and hindering police relating to an incident in February.
When Kite appeared for his first appearance at Queanbeyan Court on February 28, he pleaded not guilty to all charges and launched into a bizarre rant.
During his first appearance he told Magistrate Rodger Clisdell he had “no authority” over him and demanded to face trial with a jury and two magistrates; a request to which Magistrate Clisdell responded “I can cut myself in half if it helps”. Brent Kite leaves Queanbeyan Local Court on June 21 after being fined $500 for driving unregistered, uninsured, failing to produce driver’s licence and hindering police. Picture: Julia Kanapathippillai
However on Tuesday Kite, clad in fluoro orange workwear, was considerably calmer at court.
Representing himself in court he asked Mr Clisdell questions about the maximum penalties of the charges against him before considering his plea.
After being told the charge of hindering police came with a maximum penalty of 12 months imprisonment, while the other charges were fine only offences, he told the court he considered it best to expedite the matters by pleading guilty to all charges.
Kite told the court he was having a rough day when the incident occurred, citing “moving away from his boys” and having the kind of hard day at work which “makes you question your choices”.
He told the Magistrate he hoped to get back to work after dealing with the court matters and apologised for his informal workwear attire. Brent Kite leaves Queanbeyan Local Court on February 28, 2022. Picture: Julia Kanapathippillai
“I’ve given the boys a bit of a hard time,” Kite said in regards to his behaviour towards police.
“I didn’t mean to offend you,” he said to Mr Clisdell.
“You were a bit worked up the last time,” Mr Clisdell replied.
“I don’t hold grudges.”
The agreed Statement of Facts state on February 9 at 4.24pm Queanbeyan Police Officers were conducting randomised registration checks and found Kite driving an unregistered car.
Kite pulled over at Lowe Street, Queanbeyan and officers told him his car was not registered.
“Is that the law?” Mr Kite replied. Brent Kite of the Panthers runs the ball up against the Roosters during the round 3 NRL match between the Sydney Roosters and the Penrith Panthers at Allianz Stadium in Sydney on Monday, March 23, 2015. (AAP Image/Paul Miller)
Police asked Kite to wind down his window for a breath test but he refused.
Police turned on their body cameras and told Kite he was being recorded.
Kite asked police “Why have you pulled me over” and police again explained he had an unregistered vehicle.
Police asked Kite to show a licence and first he did not respond, then he said “If I have committed an offence arrest me then”.
Kite continued to argue with police for 14 minutes before police used force to gain entry into the car.
The rugby league star was arrested and sent to the Queanbeyan Police Station.

‘No authority’: Former league star’s bizarre courtroom rant
Convictions were recorded for all four charges.
Clisdell ultimately fined Kite a total of $500 with 28 days to pay; $200 for hindering police and $100 each for the three other charges.

That was a very long brainfart.. glad it's all over.

As others have already said, he's one of the last people I could imagine doing this sort of thing, as any time I encountered him he was always very polite & friendly & even shy.

It sounds like he's returned to his normal, lovable self.

All the best to him.

I think he's lucky to get off lightly after causing an initial scene in court. Magistrate was very nice. We need more of them in court who understand that sometimes the brain just farts if you have an off day.

the article mentions him moving away from his boys - sounds as though there are things going on in his personal life. Hope he's ok and gets that side of his life sorted as best as he can. It can be tough and certainly take a toll on you. :-(

Premium Member
I hope he is okay and he is not displaying early signs of a condition.

Spartan Eagle said:
….. sometimes the brain just farts if you have an off day.
Click to expand...

lol. I’d love to hear a defence lawyer use that in court.