Bronco young back Shibasaki to Newcastle

In more evidence that when a side wins back to back premierships they must shed players.....the Roosters re-sign Taukeiaho until the end of 2022.
M

Trent Merrin has signed a 2 year deal with the dragons

Luciano Leilua signs a three year deal with the Tigpies.

Whoppa extends at Dogs till end of 2021

Ryan Shizenhuysen has extended at the Scum till end of 2022

THE Parramatta Eels have confirmed Andrew Johns will join their coaching staff next season to work with their halves.

The Wheel said:
Bradyne Williame to St George according to the Mole
Click to expand...

Just noticed it was also in the Australian-


Latrell Mitchell is still being paid an estimated $60,000-a-month as he sits back and contemplates his footballing future in the countdown to Christmas.
But this whopping monthly salary has now emerged as a possible hidden agenda that is potentially stalling rivals clubs from tabling an offer to take the disillusioned young star off the Sydney Roosters’ hands immediately.
This latest twist comes as speculation intensifies that the North Queensland Cowboys have again emerged as a genuine contender to the Gold Coast to sign Mitchell with the Cowboys said to be a club Mitchell is showing a serious interest in for a lifestyle change as much as anything.
The drawn out saga could still have several twists and turns to come as both the Cowboys and Gold Coast try to work out a possible way to free up enough salary cap space to make a serious play for Mitchell. The longer it drags out the more cash Mitchell’s future club could potentially save.
Given NRL contracts run between November and October, Mitchell would have been paid his first month’s salary from the Roosters and will have another payment due in December.
On an estimated annual contract of between $650,000 and $700,000 for next season, that would equate to almost $120,000 before he is even required back at pre-season training in January.
It is speculated the Roosters may eventually chip in even more money to get Mitchell out the door, so they don’t have to send him back to NSW Cup to play with the North Sydney Bears next year.

Elsewhere, the Canberra Raiders have secured the services of one of the NRL’s most outstanding young centres with Curtis Scott officially signing a four-year deal.
The former Melbourne Storm centre is considered one of the toughest and most talented in the comp and will be a huge long-term acquisition for the Raiders.
Scott’s move was one of several high-profile transfers on Friday.

The move impacts a host of players, with his 2010 premiership teammate Matt Prior taking his place at the Rhinos, easing significant salary cap pressure at the Sharks.

Merrin’s arrival will also allow Luciano Leilua to take up a multi-year deal to join the Wests Tigers immediately after being granted an early release from his Dragons deal.
Last edited by a moderator: Dec 3, 2019

Cameron King has signed a one year deal with the Sharks

Riley Jacks returns to the Scum for 2020.

Dylan Brown extends at the Slime until the end of 2023.

Not sure if already mentioned, but PNG flyer Edene Gebbie is off to Rabbits....this bloke is a genuine attacking weapon, but can he produce at NRL level...

Zac Lomax is set to sign the longest deal in St George Illawarra history after agreeing to a monster six-year contract.
The in-demand Lomax, 20, has rejected interest from a host of clubs, including Wests Tigers and Canberra, for a deal worth about $3 million in a massive show of faith for the struggling Dragons.

The 29-year-old joins Panthers from Sydney Roosters, where he was part of the NRL squad that claimed back-to-back premierships.
“I love what I see here at the Panthers and I’m genuinely excited to be part of it,” Tetevano said.
Last edited: Dec 6, 2019

Manly eye up Super League hooker
Manly Sea Eagles are weighing up their options in regard to hookers and could look to Super League to bolster their ranks. With Api Koroisau joining Penrith and Manase Fainu currently stood down over an alleged stabbing, the club are significantly short on number nines.

They are likely to recruit a new hooker before the start of the 2020 season, with Salford Grand Finalist Joey Lussick (above) a rumoured target. The 23-year-old played for the Sea Eagles in 2017 but is likely to see out at least the rest of his current contract with the Red Devils, which runs until the end of next season. Manly have also taken PNG rookie Edwin Ipape on trial, after he impressed during the international period, including a superb solo try against Great Britain. 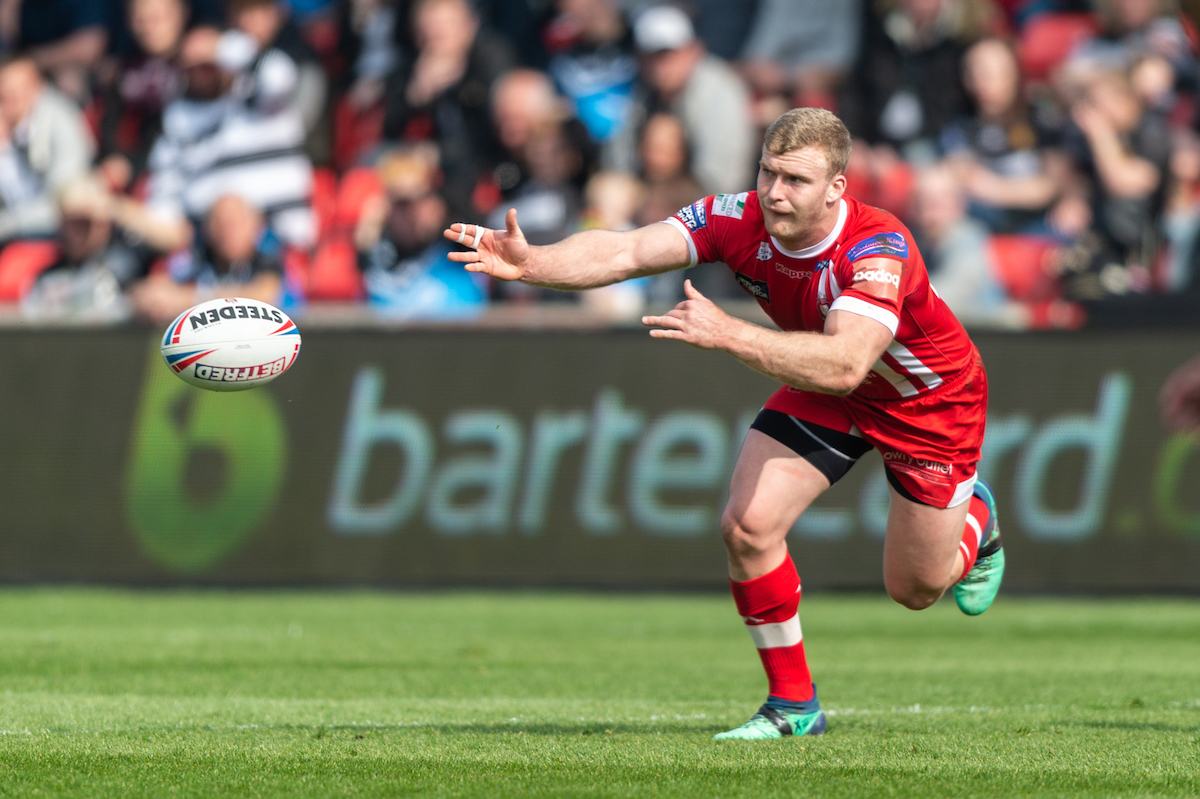 The biggest rumours and gossip from the world of rugby league over the past week. Manly eye up Super League hooker Manly Sea Eagles are weighing up their options in regard to hookers and could look to Super League to bolster their ranks. With Api Koroisau joining Penrith and Manase Fainu...

Martin Taupau Re-signs
Manly Warringah Sea Eagles are pleased to announce the re-signing today of powerhouse prop Martin Taupau. Off contract at the end of next season, the new extension will keep him in the Sea Eagles colours until the end of 2022.

Matt Frawley signs a one year deal with the Faders from the Dogs.

And the Squeels signing spree continues unabated. Brock Lamb signs a two year deal and Micheal Jennings re-signs. But fear not. It's only a matter of time before they get caught again. Get ready to LOL @ Parra.
Last edited: Dec 10, 2019