I love you guys.

The better Robbo said:
Yeah our depth players look fit as ****! Gosiewski looks a machine, Paseka is looking hard, even Boyle looks fit and strong. Add guys like Davey and Olakau-atu and we have probably more quality depth than any other forward pack in the comp. I'm expecting Gosiewski and Paseka to really shine and Olakau-atu to be a fan favourite very soon. Its gonna be hard to pick our best 17 but that's a great problem to have
Click to expand...

The fat has been trimmed away or sent to Canterbury.

manly al said:
Think that Burbo would be keen to have a red hot go
Click to expand...

May even sub on the wing at some stage. Whichever position he plays, how good will it be to see Jurbo pass an inside ball to Turbo who flicks it out the back to Burbo who scores untouched between the posts?

SeaEagleRock8 said:
Latest training pics - nice to finally see him without a few metres of sticky tape holding his knee in place.
Click to expand...

Ahh good the super glue has worked for the time being then.

Aloiai explaining that he didn't leave the Tigers for money, but rather for the opportunity to play finals football

New Manly prop Josh Aloiai has kiboshed claims he left the Wests Tigers for money, saying the opportunity to play finals football and work under Des Hasler was too good to turn down.
coupler.foxsports.com.au

Nice. He's already referring to himself in the third person, he must be destined for greatness.
M

Interesting piece from Weidler - particularly around the notion he left for cash.

The truth behind Josh Aloiai’s messy departure from Wests Tigers has never been fully explained, but today we can take you inside the dealings that led to his sudden departure.


My character was assassinated,” he said. “But the details will remain with me. The club doesn’t need the firestorm because they cop it enough and there are a lot of great people there. I think 90 per cent or more of the players made the effort of contacting me when I was going through the drama I went through. I can look back on that time and I have my integrity.”

Aloiai became a target for Tigers officials when he agitated for an immediate release in November to join the Sea Eagles. The matter got uglier still when Aloiai texted chief executive Justin Pascoe to say, “I’ll never wear the jersey again”.


For some time this column has been making enquiries about the deal with Manly that saw Aloiai end up being branded greedy. The contract he signed with the Sea Eagles was for $30,000 more than what the Tigers were offering, so hardly the sort of money that would prompt you to ask for an immediate release.

Aloiai and his agent, Tyran Smith, approached the club to ask for an extension. They had a simple message for general manager of football Adam Hartigan: they wanted an easy negotiation and asked for the club’s best offer. An offer of $400,000 with $425,000 for the second year was put forward, but it was only on the table for 24 hours. It was a take-it-or-leave-it deal.


Aloiai had been among the Tigers’ best players in recent years and led the way in most of the key areas forwards are judged on.

The offer did not sit well with Aloiai or Smith. Eventually the offer was upped to $475,000 and $500,000. The issue was escalated to Pascoe, but things only got worse, even though the money on offer increased. Pascoe claimed he was not aware of the details of the deal, but I have been told he was copied in on emails about the negotiations. Aloiai then called out Pascoe on this. With all of this going on behind the scenes, Aloiai was getting torn to shreds publicly. To this day he won’t speak about what took place.

“My contract negotiations are private,” he said. “If I ever had to get into a debate on the facts in public I’d be comfortable that I’d win the debate. That’s all I will say.” 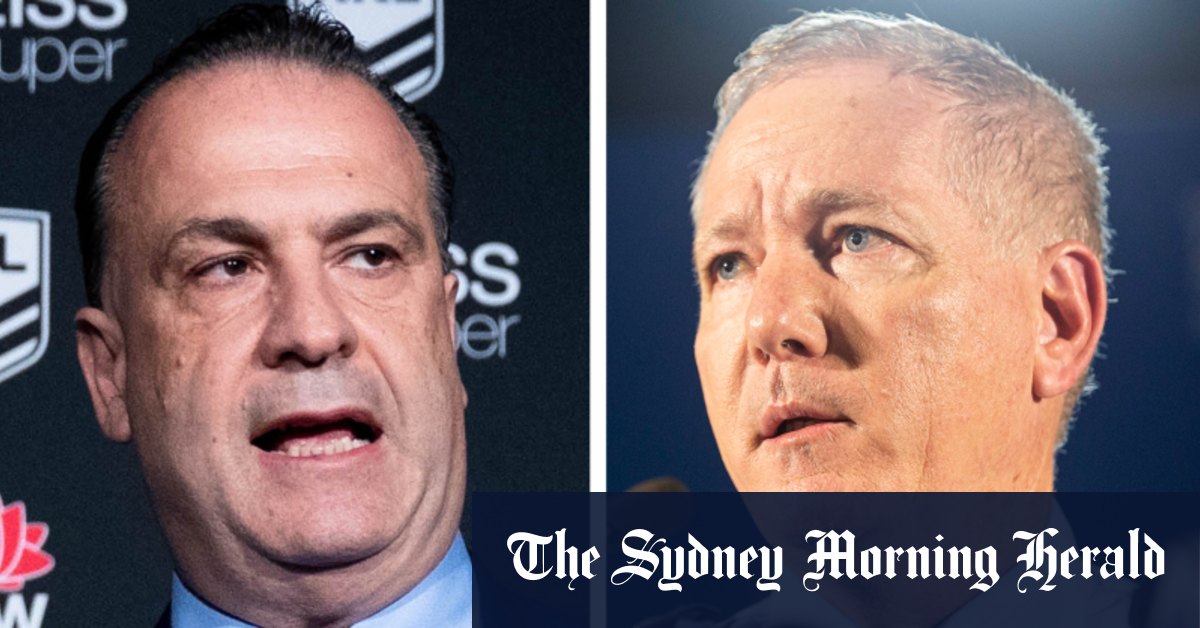 Mick Fuller is expected to join the ARL Commission this week. The problem of player misbehaviour will be far from his first priority.

Chip and Chase said:
Nice. He's already referring to himself in the third person, he must be destined for greatness.
Click to expand...

Chip and Chase said:
Nice. He's already referring to himself in the third person, he must be destined for greatness.
Click to expand...

The Royal "we" is only a matter of time.

Moondad said:
The Royal "we" is only a matter of time.
Click to expand...