SeaEagleRock8 said:
But from what I've heard of the celebrations there's nothing particularly over-the-top, aside from Tyrone May being a dickhead.
Click to expand...

There's more to it than meets the eye.

When May came out with his 'dirt' remark, he recieved multiple likes and messages of support from his teammates; yuk!

The trophy did indeed break; how? we don't know. But once broken, they put the statues in a pram, took a photo and captioned it with "Goo goo gaga"...pretty disrespectful. Thus, comparisons to it to falling off the back of a ute at a street parade are a little off the mark.

Cleary has form with COVID breaches. Now, we learn his roommate travelled to QLD (not Cleary's fault) and was seated in the reserved area with Nathan's family?! Huge coincidence!

As for singing Glory Glory, hardly the crime of century but someone had to be the defeated side for Penrith to win...how bout winning with a bit of humility?! Word has it, Panthers took exception to being mocked by Melbourne the year before, yet here they are dishing it out. People in glass houses shouldn't throw stones.

At the end of day, none of it is a shock but it's just more crap from idiot footballers...i've seen enough of it over the years to last a lifetime.

Snake said:
You've alluded and stated directly in a number of posts that you are OK with the Penrith celebrations (outside of May's behaviour) and I just found it ironic that you would mention respect and dignity, whilst turning a blind eye to Penrith's complete lack of respect and dignity. The other troubling aspect of May's actions are the support he received from his teammates. Rather than pull him aside and straighten him out, they liked his post and flowered him with messages of support.

Anyway, no point arguing about it. It is what is. All good Joe!
Click to expand...

No worries,we all view it differently,I just don't get on my high horse if I don't act any differently than from what I am criticizing.Pot and kettle black and all that.....Anyway...I feel that this is going to be a loooooong offseason.

SeaEagleRock8 said:
As for Kent saying a post-footy career in lifting something awaits Kikau - I don't see that as a slur on those intelligent and respectable folks who do heavy lifting (and I met plenty of them as I spent 13 years doing that myself) it's just an obvious insult to Kikau that he must be too dumb to get any qualifications. Fact is you don't need much qualifications for that work!
Click to expand...

Funny because he probably will not need to unless he spends his money on magic beans,a bit like calling the kids of rich parents dumb because they have cash and no qualifications..... If you are getting paid well then you have the last laugh on the critics. 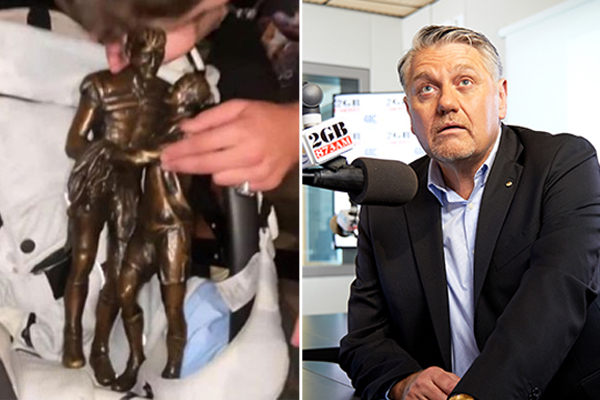 Ray Hadley has torn shreds off the “disrespectful” Penrith Panthers players who broke “the emblem of the game”. The Premiership trophy, which depicts NRL legends and opposing players Norm Provan and Arthur Summons embracing after their match, was allegedly broken in two, and the statue placed in...

I was going to read this until I saw Ray Hadley's name at the top of the article. The guy had a litany of worse offences to his name. Just another loud mouth bully boy.

Kevinward777 said:
I was going to read this until I saw Ray Hadley's name at the top of the article. The guy had a litany of worse offences to his name. Just another loud mouth bully boy.
Click to expand...

Woodsie said:
Good on ya Ray Ray ... keep giving it to the numbnuts ..
Click to expand...

Some folk are just attracted to loud flashy people. Tough guys (not) who lose all their dash upon receiving a tap on the shoulder after talking crap about ex-players while standing at the bar.

Several years ago after a loss to Manly (under Geoff Toovey) at Brooky when he was coaching Newcastle, Wayne Bennett referred to Manly’s win as being ‘in their DNA’. That has always struck me as succinct an analysis of the Manly club as any I have heard. The club never stays down for long and often enjoys success (particularly since the SL War) without some of the advantages other teams enjoy.

Penrith on the other hand have been at it for 55 years and have only three titles to show for it. After they broke through for their first one in 1991, you thought they could be in for a long period of success. In fairness, an off-field tragedy in 1992 didn’t help, but it would still take another 12 years to win their second title and another 18 years before this last one.

They have not consistently achieved the potential a club with all their advantages - massive leagues club backing, huge junior catchment, decent stadium and excellent training facilities (for several years now) should have. One title per 18.33 years is not a stellar return for such a club.

Manly on the other hand have won titles on average every nine years even - if you take out the three years as the Northern Eagles. Even including 2000-02, it is still a very impressive return.

Hubris - some of the Penrith players antics reflect that. After hubris comes nemesis.

manlyfan76 said:
Still not as bad as the storm, who celebrate the 10 years of " winning" the grand final they had stripped.
And the NRL allow it

I've mentioned before that a lot of the riff team grew up in poverty and I would think that they have never been taught how to be role models and leaders.

I like the Tau The Ching philosophy of never celebrate your opponents loss myself. But I am not the Panthers
Click to expand...

Crichton went to Blacktown Pats where the school fees are close $5000 a year per student. He wasn’t on a scholarship and couldnt make the 2nd division team at one point so it’s safe to assume his family aren’t poor.
Last edited: Oct 12, 2021

SeaEagleRock8 said:
You'd better quote your source for that one or else delete it.
Click to expand...

It must have posted by accident because after I heard about it, I thought twice about posting it until there was confirmation.

Which explains why it was posted above another post.

Can you delete your response to it as well please?

Snake said:
Crichton went to Blacktown Pats where the school fees are close $5000 a year per student. He wasn’t on a scholarship and couldnt make the 2nd division team at one point so it’s safe to assume his family aren’t poor.
Click to expand... Technically no - but only because it is not the off-season for cricket!
Unfortunately it is always domestic violence season, it seems. 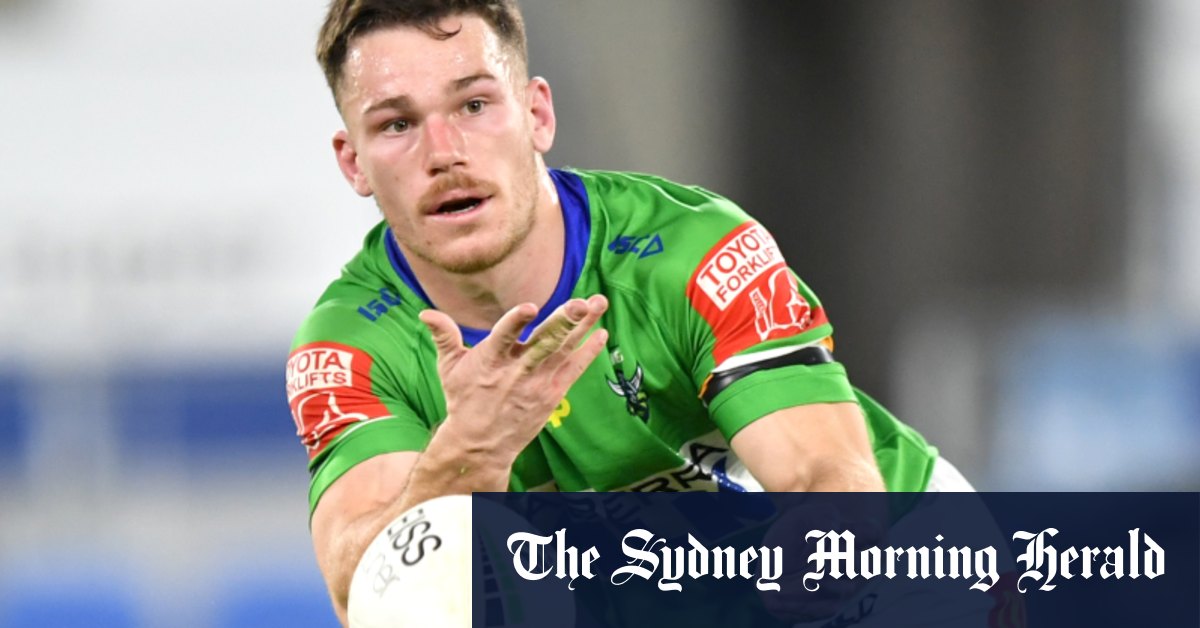 Tom Starling is again in trouble with the law and the latest incident could have ramifications not only for his future, but that of fellow Canberra hooker Josh Hodgson. 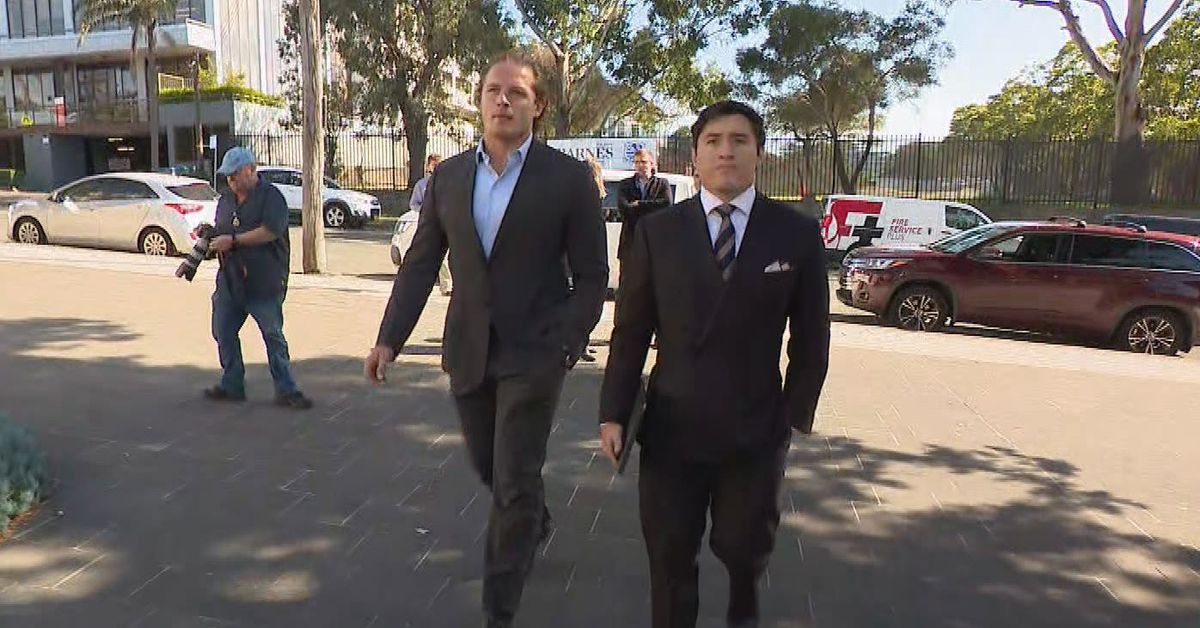 Dragons recruit George Burgess has escaped conviction after paying to replace a man's phone that he smashed during a road rage encounter in Wollongong.
The 29-year-old was charged in August, only weeks after putting pen to paper on his NRL comeback with St George Illawarra.

I know not technically a misdemeanor, but I saw this articled and went wtf...?

Ex-wife's message after footballer gets pregnant with her niece

Hulk's ex-wife has appeared to address his new relationship and expected baby with her niece. Read what she said here.

The ex-wife of Brazilian football star Hulk has posted a cryptic message on social media appearing to take a swipe at him after he fell pregnant with her niece.

He comes from Wagga and played grade cricket for the University of NSW... but he does live on the Northern Beaches.

The Who said:
He comes from Wagga and played grade cricket for the University of NSW... but he does live on the Northern Beaches.
Click to expand...