Plenty of blood letting at the Bunnies.

Blake Green has returned to Newcastle, reversing his decision to link with Canterbury on a one-year contract for 2021.
Green quit the Warriors midway through the season to take up an offer with the Knights as the Kiwi outfit made it clear they wanted to plan the back end of the year around long-term halves Kodi Nikorima and Chanel Harris-Tavita.

Between his season being ended by an ACL only a handful of games into his Newcastle career, Green agreed terms with Canterbury.
E

rumour from England is that Hastings is considering a move to Rugby Union.


Peter V’landys will remain as part of rugby league’s leadership team for at least three more years while former Queensland Minister Kate Jones will also join the Australian Rugby League Commission.
Clubs were informed of the news late on Tuesday with chairman V’landys and fellow commissioner Megan Davis reappointed to the role for another three years.

Marcelo Montoya to the Worriers. After just 20 games in the last two seasons, the 24-year-old has departed Belmore. 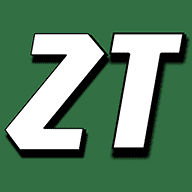 Manly have identified Wests Tigers forward Josh Aloiai as a potential replacement for representative prop Addin Fonua-Blake, who suddenly quit the club at season’s end.
Aloiai, who celebrated his 25th birthday on Wednesday, is off-contract at the end of 2021 but is now free to negotiate with rival clubs for 2022.
It is understood the Sea Eagles have started discussions with Aloiai and have him at the top of their list as they look at bolstering their front-row stocks after Fonua-Blake cut his contract short to join the Warriors.
While discussions have centred around 2022, the Sea Eagles could accommodate Aloiai as early as next season. Aloiai just completed the first year of a new two year deal inked last year and has represented Samoa in two tests.
He has made 90 appearances for the Tigers since making his first grade debut in 2016.
The Sea Eagles have also expressed an interest in bringing Aloiai’s teammate Luke Garner back to the club.
Aloiai headlines a host of players now free to negotiate with rivals at the Tigers including form winger David Nofoaluma. Shawn Blore, Michael Chee-Kam, Jacob Liddle, Thomas Mikaele, Zane Musgrove, Josh Reynolds and Billy Walters.

Former Rabbitohs star James Roberts has been linked with a move to the Wests Tigers after being let go by South Sydney last month.
www.foxsports.com.au

The Rabbitohs are expected to announce the signing of superstar Latrell Mitchell on a $2.5 million three-year contract before the end of the week.

Sam Mc from Tigers heads to the Goldy. The latest player signings, transfers & contracts and NRL squads for 2021 and beyond.

The 25 year old is contracted to the Tigers for 2021 on approx 350k and had told the club mere weeks ago he committed and happy, but club insiders believe Aloiai and his manager Tyron Smith are agitating a situation in where he can gain an early release to take up a big money offer at Manly much like the Ryan Matterson situation.

The Tigers are unlikely to release Aloiai from the final year of his contract at this stage unless they can secure adequate compensation.

James Roberts signs with the Tigers

Squeels looking to offload Fergo. Apparently in a bid to sign Mansour. His departure could open the door for the Eels to sign discarded winger Josh Mansour!